Messi and other three player's from PSG tested positive for covid 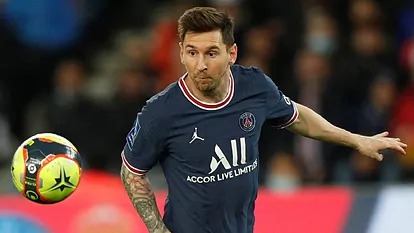 Ballon d'Or winner seven times Lionel Messi is one of four players in the Paris Saint-Germain squad who have tested positive for the coronavirus before of Monday night's French Cup match.

COVID-19 was also found in one of PSG's employees, according to a statement released on Saturday night. At the time, none of them were identified, but the club later mentioned Messi, left defender Juan Bernat, backup goalkeeper Sergio Rico, and 19-year-old midfielder Nathan Bitumazala in a statement on the team's medical update on Sunday.

Mauricio Pochettino, the coach of PSG, is unsure when Messi would be able to return to France, or whether he will be able to heal in time to play in the league against Lyon next Sunday.

"We've been dealing with the virus for almost two years, and everyone knows what they need to do to avoid infection." "However, a lot about how the virus works is still unclear," Pochettino remarked during a pre-game press conference on Sunday. "As for Leo, he's been in touch with our medical team. I'm not sure if he'll be able to participate in Lyon. He tested positive in Argentina, and he won't be able to fly to France until he's negative. When he returns, we'll see."

Title-holder PSG is currently in third-tier Vannes, and after training began late this week, Pochettino was asked if he is concerned that the infection has spread to other players.

"It's a risk that everyone in football takes on a global basis. In football, contact is inescapable, therefore there are obviously more hazards," he stated. "We've taken every precaution to prevent a player from spreading the infection to another." I follow the orders of the medical personnel."

Monaco, the runner-up from last year, was in play later Sunday at second-tier Quevilly-Rouen, one of 13 games set for the day as teams compete for a spot in the final 16.

Monaco announced on Saturday that seven players have COVID-19, but none have shown any alarming symptoms and are undergoing isolation.