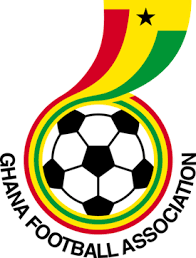 With teams preparing towards the start of the new football season, a handful of events are unfolding both technical and players front.

Former RTU and Black Stars player, Mohammed Gargo have been appointed the new head coach of newly promoted side Nsoatreman FC. The appointment was necessary as the coach who qualified the team for the Premier League don't possess the required qualification to handle a top flight side.

Nsoatreman FC have also reportedly expressed interest in signing Hearts of Oak winger Patrick Razak. The player seems to be an outcast with the Phobians as his game time have reduced dramatically.

GHALCA has decided to welcome four teams instead of the widely rumored six teams. Many felt the football body wanted to make room for Accra Hearts of Oak by opting to play a top six tournament. It has been confirmed that, it will be a top four competition.

Medeama SC are preparing to organize a justify your inclusion in the hunt for new attackers. The club have identified the striking department as weak and needs to be fortified. The club will also reportedly pitch their preseason camp in Italy.

GFA president, Kurt Okraku has visited the female U-20 side who are in camp preparing for this year's World Cup. The squad will travel to Costa Rica to participate in the tournament.

Black Stars former goalkeeper, Osei Boateng has stated that, no club in Ghana would have been able to sign Yaw Annor at the fee Ismaily paid.