By Boysons (self meida writer) | 24 days

Well done to the guys who engineered it, but I don' t think it' s safe; even a regular bike carrying two people can be difficult to control at times, let alone an 8-seater. Is this a bike or a list of 1001 different ways to die? Yes, I accept that this is a talent show, but why do some people use their talent to set people up for death? 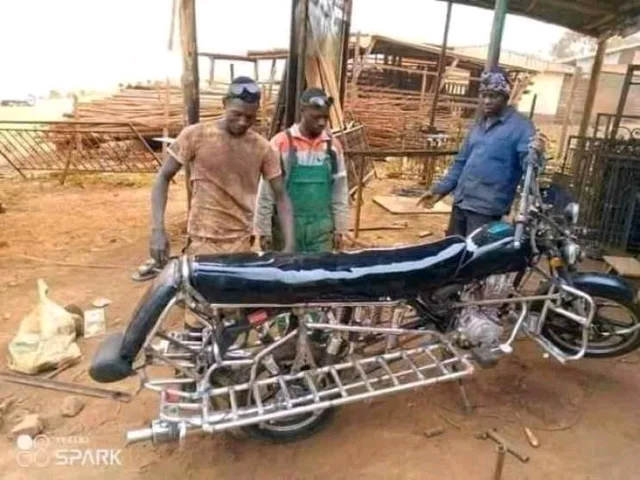 A unusual bike was allegedly spotted in Lagos, Nigeria. This image depicts an incredibly long Okada that can hold at least six people at once. The mechanics must have tainted the bike's original nature by adding more seats and redesigning it to look more comfortable, based on the appearance.

In the picture, I found something that suggests the work on this magnificent bike isn't finished: the front tire of the bike has worn down, which is due to the fact that many people were sitting on it. 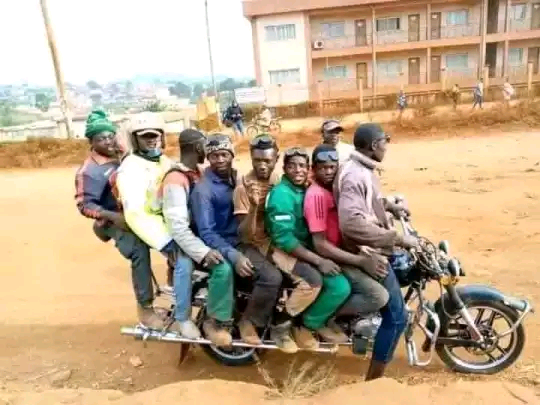 This isn't right; it doesn't appear to be secure, as the okoda rider will be uncomfortable on the motorcycle, and the seaters will be crowded. Driving such a motorcycle on a major highway is extremely dangerous. Leading to the unequal distribution of weight, the rider will be unable to stabilize the neck of the motorcycle, resulting in a significant loss of balance.

I completely accept that "we will never rise on our feet to walk if we are afraid of falling." Positive inventions should be celebrated rather than scorned. Before pointing out its flaws, those who criticized it should have praised the mind behind the invention. There is nothing wrong with the bike, but what would happen to eight people from the same family if it collides with a heavy-duty trailer by accident?