By Krah (self media writer) | 1 year ago 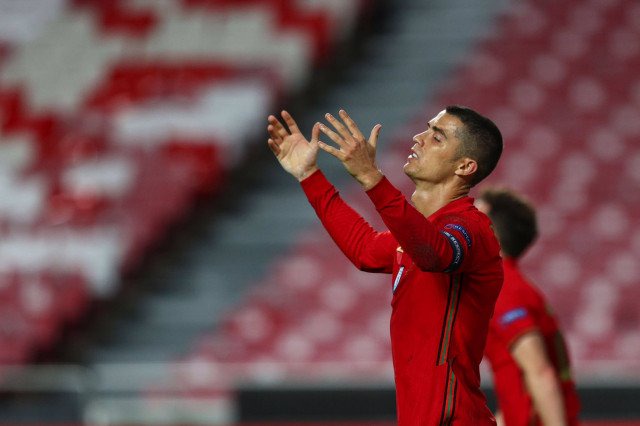 Cristiano Ronaldo scoreless run against France continued on Saturday as Portugal suffered a blow in their quest to defend their UEFA Nations League title. The 35-year-old forward and his teammates were denied a vital win with Les Bleus advancing to the final rounds following the night's 1-0 win.

In what was generally an entertaining encounter, the current European champions failed to stamp their dominance as Didier Deschamps men persistently proved to be threatening. While there were no shortages of chances, none of the two sides managed to register any goal in the first half.

However, the game's defining moment arrived in the early minutes of the second half with N'golo Kante tapping into the net in the 53rd minute after Rui Patricio had spilled Adrien Rabiot's attempt on goal into his path. The strike sealed the fate of the game and France subsequently top spot in Group A3 with 13 points from four wins and a draw.

Relatively, the night's defeat meant that Portugal will not be able to possibly retain the Nations League title as they will not be able to edge France on a head-to-head basis should the latter lose their last game against Sweden even if they win their encounter with Croatia.

For Cristiano Ronaldo, the scoreline meant that he would have to wait for another opportunity to finally get a goal against France. The Portuguese skipper has been unable to find the back of the net against Les Bleus despite meeting them on six separate occasions - the most times he has failed to register a single goal against any club or country.

Content created and supplied by: Krah (via Opera News )