Don't ever give up in Life

By Richardboateng123 (self meida writer) | 18 days

Messi has won the Copa America and this was his fifth finals and he made sure to do everything this time to lift the trophy. Messi has played in the world cup finals against Germany and he was not able to win the trophy. He always tries to play very well to show the Argentine that he loves the country. There was a time he wanted to retire from the national team but Diego Maradano convinced him not to retire from the national team. 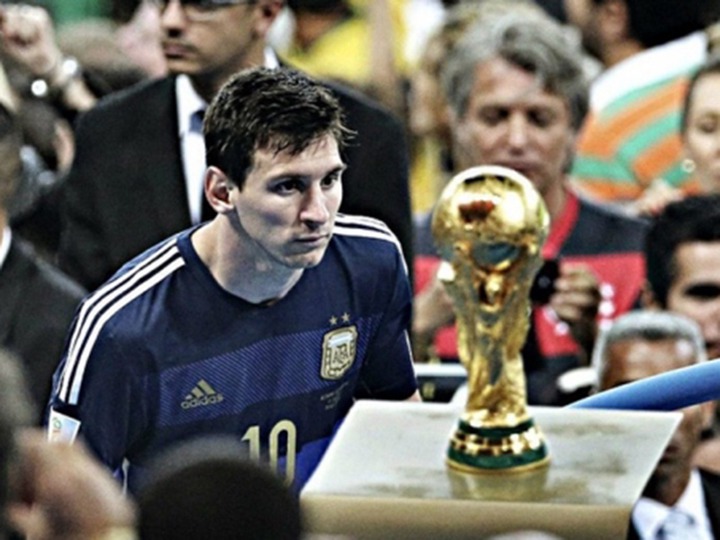 They lost the world cup final and Germany won the cup and he was named the best player in the tournament and Neur was the best goalkeeper. Sometimes we have to know that Defeat is part of life so we should always keep moving no matter the outcome. Is not every time that you will win sometimes you will lose and that shouldn't pull you down. Always try your best to accomplish your dream don't sit back when you lose because Lionel Messi has gone to four finals and lost it all but the fifth one he won the cup for Argentina so giving up is not the best solution.

Argentina defeated Brazil in the Copa America final in Rio's Maracana stadium, ending Lionel Messi's wait for his first major international title. At the full-time whistle, Messi, 34, fell to the ground in excitement and was quickly swarmed by his teammates before being thrown in the air in celebration, as he finally achieved top-level honors with his country in his 10th major tournament. He also helped Argentina win the competition for the first time in 28 years, and he was awarded player of the tournament after scoring four goals in the competition. After intercepting Rodrigo de Paul's lofted pass, Angel di Maria proved the matchwinner with a beautiful lob. Messi had a chance to seal the victory with a goal at his mercy, but he slipped with the game on the line. It would have been the perfect ending for the Argentine captain.

Brazil, the defending champions, were lackluster, with their only notable chances coming when Richarlison and Gabriel Barbosa forced Emi Martinez into saves. At the final whistle, Messi's opposite number 10 and former Barcelona teammate Neymar went to his knees in tears, continuing his quest for international success after missing Brazil's 2019 Copa win due to injury. After Brazil's 2021 Copa America final loss to Argentina, Neymar responds. It hurts to see your best friend in tears but only one team can win the trophy as Neymar himself said before the match The exuberant Argentina celebrations at full-time, with Messi in the center, made it clear that this squad's desire to beat their old foe was as much for him as it was for the country. It's been 15 years since Messi first represented Argentina in a major tournament, and he's played in four World Cups and six Copa Americas, totaling 53 appearances. he now has the major international championship that he and his country have long desired. Despite being one of the most accomplished and great players of the modern period - and possibly all-time - with 10 La Liga titles, four Champions Leagues, and six Ballons d'Or, criticisms about his lack of international impact have hung over his reputation. 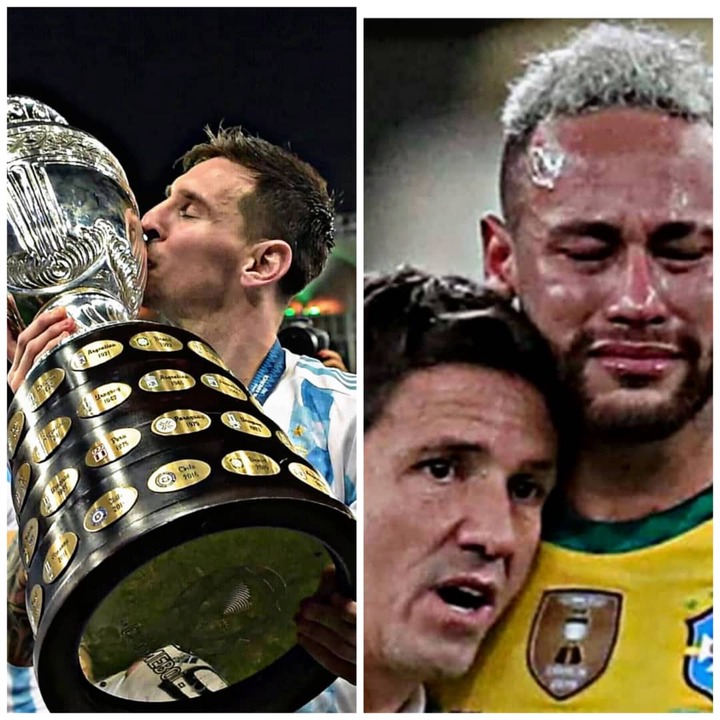 While Argentina's celebrations at the Maracana were joyous, Brazil's 0-1 loss in the Copa America final on Sunday was heartbreaking. After the match, there were several memorable moments, including Argentina's champions star Lionel Messi being lifted onto his shoulders and Messi finally holding a major international trophy for the first time in his career. However, the sight of Brazil star Neymar crying and Messi coming over to console him with a tight hug will be hard to forget. The cameras switched to Argentina shortly after the final whistle blew, where they basked in the pleasure of capturing their first Copa America title since 1993. Brazil, on the other hand, was devastated, and the pain was palpable. The love between is real but only one has to win the title. 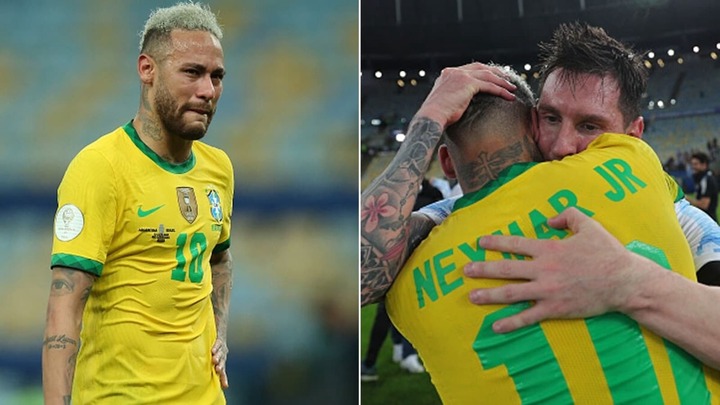