In the quest to help his club Arsenal to proceed to the EFL Cup final, Ghanaian sensational midfielder Thomas Partey travelled from Africa to Europe, England to be precise but all his efforts worsened the problems he had faced earlier in the African Cup of Nations Tournament (AFCON). Despite Thomas Partey's presence in the squad for the 2021 AFCON, the Ghanaian National Football team were knocked out or eliminated in the group stage or the first round.

Most fans expected the defensive midfielder to help the Black Stars to win the African Cup of Nations trophy but all their hope we're crushed when the Black Stars were defeated by Comoros in the last match of the group stages. 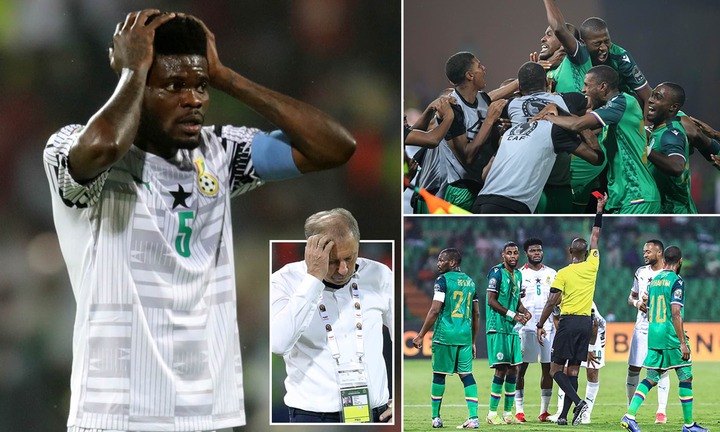 Right after the Black Stars were knocked out, Thomas Partey hurriedly embacked on a journey from his home country Ghana to England to help his club Arsenal in the second leg EFL Cup semi finals against Liverpool.

But unfortunately, his inclusion in the match worsened the Gunners' problems. The game ended in a 0-2 score in favor of the visitors, Liverpool. 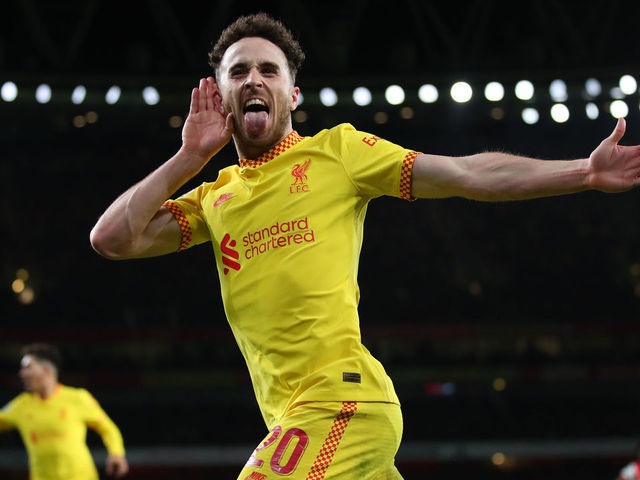 Thomas Partey was not included in the starting lineup for the encounter but got the opportunity to play on the 74th minute but on the 77th minute Liverpool's winger and striker Diogo Jota added another goal to make it 0-2 at the Emirates Stadium. And on the 90th minute Thomas Partey got a red card after he got a first yellow card on the 87th minute of the game. 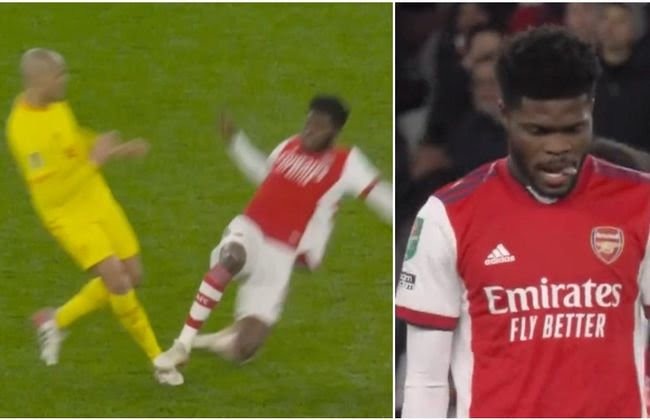 He came to London to help his club but sadly he got a red card and his club got knocked out of the EFL Cup.