"Seven months with Mourinho changed my life, thank you, Afena-Gyan says goodbye to AS Roma. 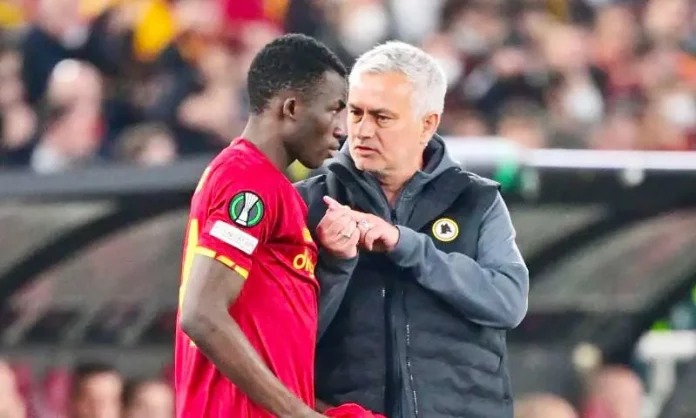 Felix Afena Gyan, the Black Stars' teenage sensation, has bid an emotional farewell to Italian capital-based club AS Roma following his departure to newly promoted Serie A side Cremonese.

Afena-Gyan thanked the club, teammates, and, most importantly, the head coach, Jose Mourinho, in his farewell message to the Rome faithful via his social media handle.

In his statement, he singled out Portuguese coach Jose Mourinho for transforming his life during his seven-month stay at the Stadio Olimpico with the Giallorossi.

"I'm grateful to AS Roma, the technical team, and staff for the invaluable opportunity and support I've received over the last year and a half," a portion of the post read.

"My heartfelt condolences to manager Jose Mourinho." The last seven months with you have completely transformed my life. "Thank you for believing in me," Afena-Gyan tweeted.

The youngster couldn't forget his teammates and supporters, who he said made his time in Rome "wonderful moments we shared."

"Thank you for your contribution to my development, Mr. Alberto De Rossi." "It was an honor to put on the Roma jersey," Afena-Gyan said. 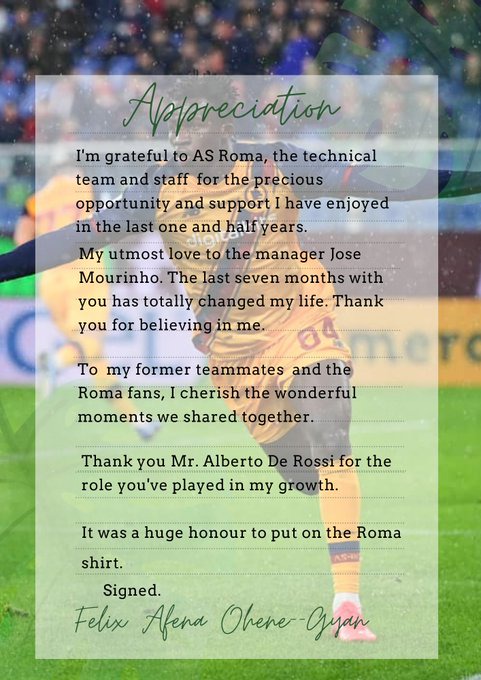 He was also excited about the move to his new home because he is determined to use the platform to further his football development. 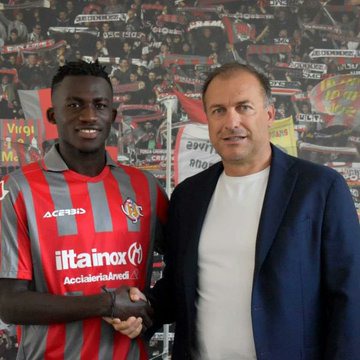 Felix Afena-Gyan joined AS Roma's U-18 team from Eurafrica Academy in March 2021 and quickly rose through the ranks to the senior team, where he earned the trust of Jose Mourinho during his time in Rome, earning him his senior debut.

The Ghanaian is the first player born in 2003 to score in Serie A, thanks to a brace he scored off the bench against Genoa on November 21st.