By AdamuMuftawu (self meida writer) | 29 days 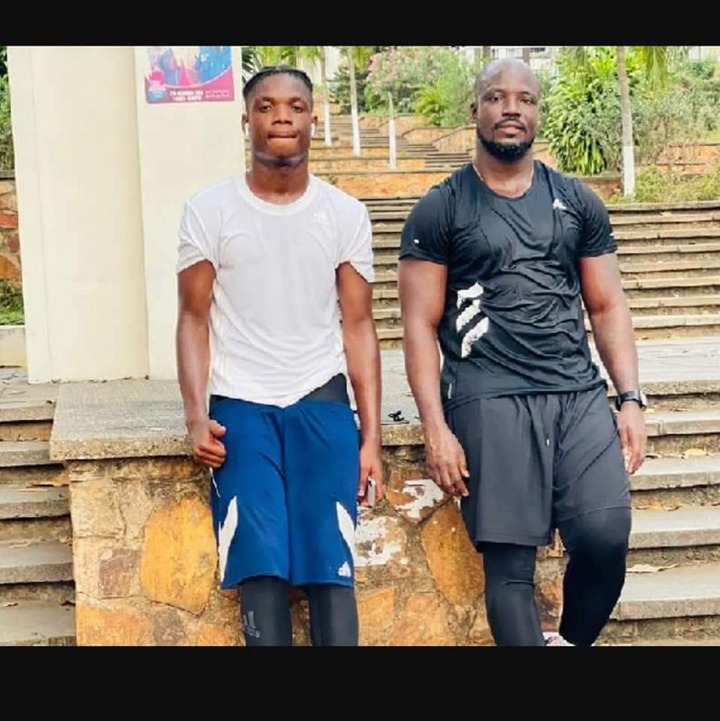 Following in one’s father’s footsteps sometimes comes with a lot of pressure especially if one’s father is a big shot in society.

In Ghana football, one of the nation’s great, Abedi Ayew Pele will probably be the proudest father as his three children, André, Jordan and Rahim Ayew all followed in his footsteps.

Andre Ayew is lighting up the English Championship with Swansea City with Jordan Ayew grinding in spectacular performances weekly for English Premier League side, Crystal Palace.

Ex-Black Stars captain, Stephen Appiah has a 19-year-old son, Rodney Appiah who wants to emulate the success story of his father.

Rodney, who was born in Italy and started his juvenile career at Juventus Academy, wants to preserve the legacy of his father.

“I grew up playing football my whole life, I was born in Italy and I started my football career over there with Juventus Academy.

“With the support of my dad and everything I already saw myself making it.

“I grew up watching and learning from him and seeing the way the Ghanaians love him so I wanted to feel the same way so that Ghanaians will love me as well.

“I felt like I had no choice than to play football but after felt I was good at it and I needed to do it.

“In the beginning it was difficult but now I have improved a lot. The coaches, the staff and everybody they have began liking me.

“They always want me to play with them, among them and stuff so I think I’m doing well.

“I will try my best to do better than him [Stephen Appiah], play well on the field so that I don’t destroy our name or anything like that.

“He [Stephen Appiah] keeps telling me to enjoy the game, I should just try and be myself, I shouldn’t be like him.

“I won’t panic, I will just do what I can do.” Rodney Appiah told 3Sports

Rodney is expected to understudy the array of experienced players like, Gladson Awako, James Akaminko at the Dade Boys.