It's time to start thinking about the upcoming season of the Champions League now that Real Madrid have been declared champions for the 2021/22 season. This year's Champions League tournament will feature a total of 26 clubs who have already qualified, while the remaining six positions will be decided in qualifying rounds. 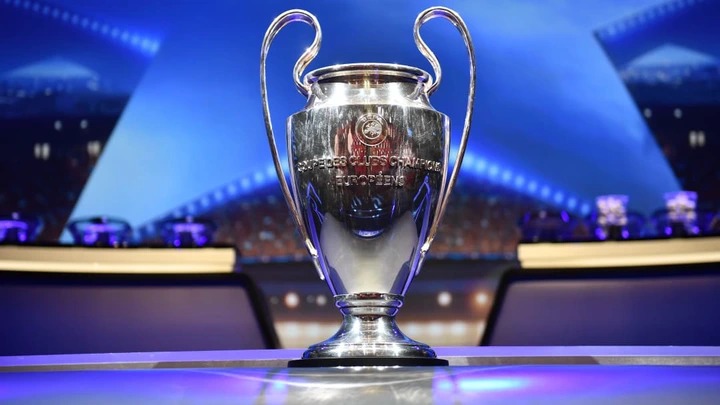 The Champions League group stage will begin in the summer, but some teams already know who their opponents will be throughout the qualification stages.

The Champions League group stage draw has four pots. Drawn on August 25, the teams in the four pots are then divided into eight groups of four teams each.

The English Premier League, Spanish La Liga, Italian Serie A, German Bundesliga, French Ligue 1, and Primeira Liga champions are all included in the first pot. The winners of the Champions League and the Europa League are also included in this group.

A position in pot 1 would be available due to Real Madrid's victories in the Spanish La Liga and the Champions League. The champion of Europe's seventh-ranked league, the Dutch Eredivisie, will take this slot. Consequently, Ajax would be the only team left in pot 1 because they won the Eredivisie last year.

Before the group stage draw on August 25, the following teams will be in each of the pots: 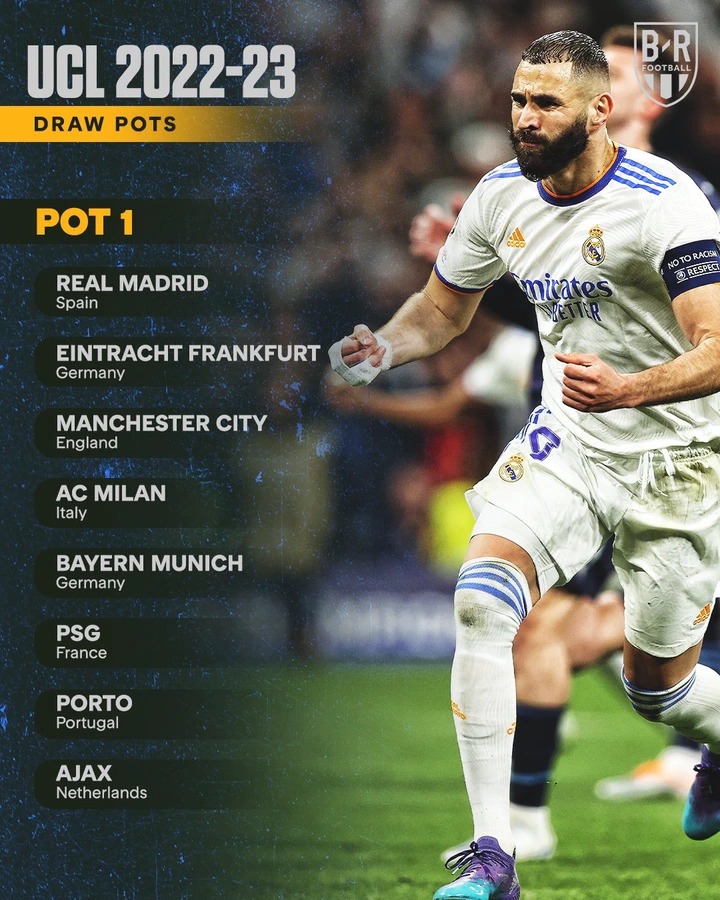 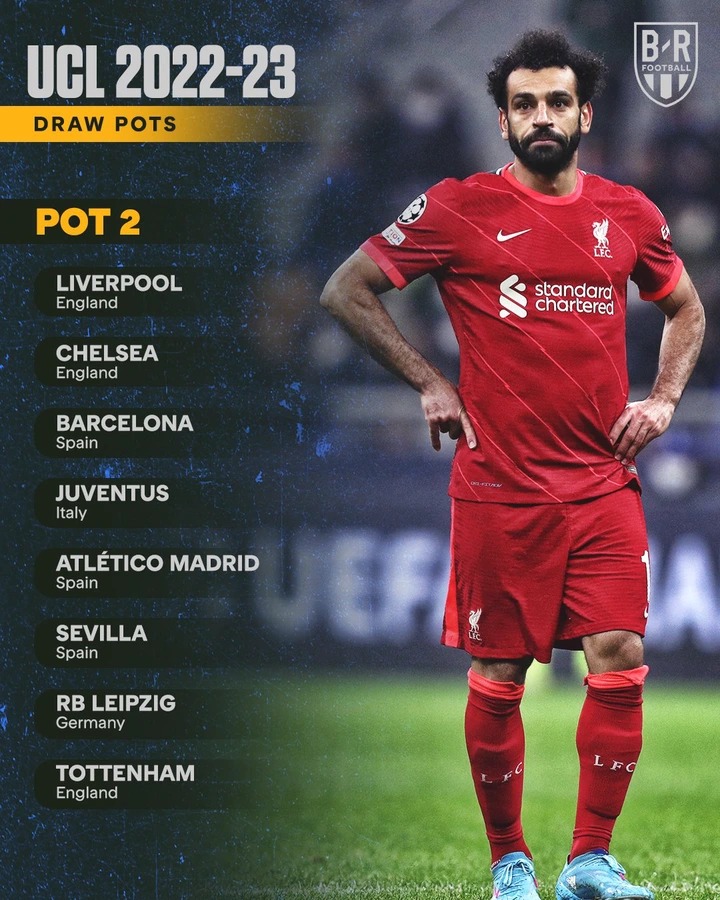 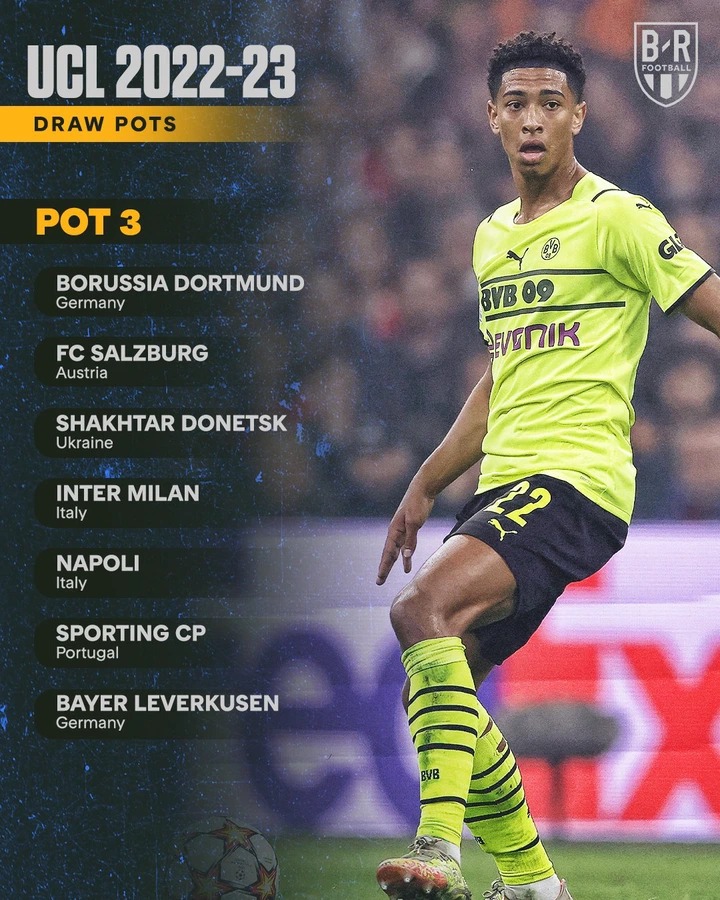 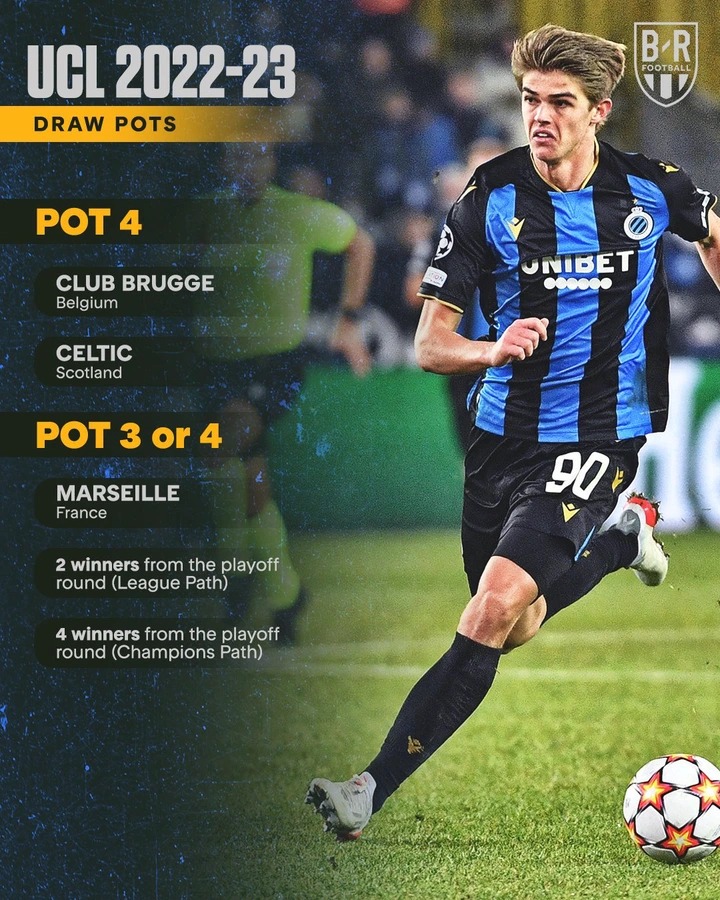