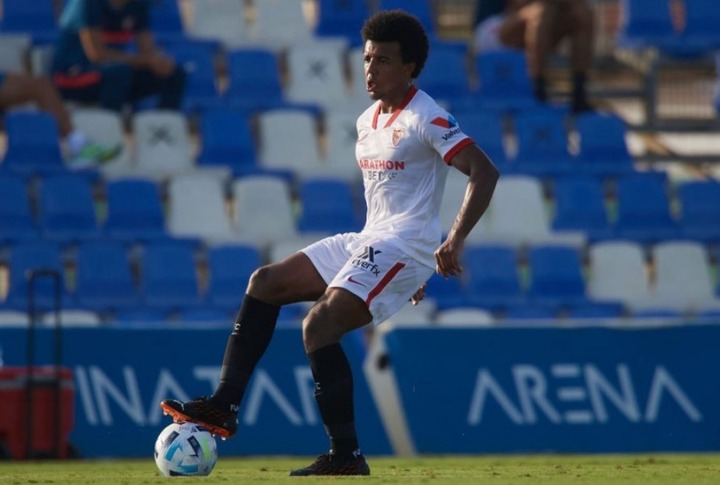 Chelsea are the most interested club in signing Sevilla centre back Jules Kounde, according to reports.

The Blues have taken advantage of being in Sevilla to play their first and second legs of the Quarter Finals of the Champions League last week and again this week, by holding initial talks with the club over a potential deal.

The 22-year old France under-21 international has a release clause of around 80 million euros, but Chelsea are looking to get that fee down quite a bit, and could even offer a player in the deal.

This is according to Spanish publication AS, who put their report out late on Monday afternoon.

We know Chelsea are looking to potentially sign a new centre back, but from all the initial reports, Kounde perhaps doesn’t fit the bill.

The former Bordeaux man stands at 5ft 10, and can’t really be described as ‘commanding.’

But does this spell a change of transfer priorities for Chelsea? Could this be the first sign of Thomas Tuchel’s influence coming in to play?

The reports that Chelsea wanted a commanding centre back came when Frank Lampard was in charge.

As we told you a couple weeks back, Tuchel has sat down with the board only recently to discuss transfer priorities and plans for the summer, perhaps Kounde’s name was mentioned?

We know that he is of interest of pretty much every top club in the world, so there is no surprise to see this link grow.

However, as for the authority of this particular report, I cannot confirm or deny that as of right now.

I do believe it to be of enough significance to write this report about though, so certainly worth keeping a close eye on it.

5 Great Gifts That Can Uplift the Mood of Your Girlfriend Astronomically.

4 Ways Girls Act When They Do Not Love You