By Benjiro1 (self media writer) | 8 months ago 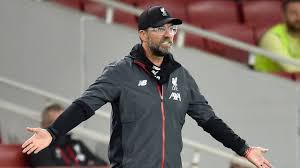 This late premier league season derby between England's Most successful clubs is probably more important for the top four seek Liverpool than a Manchester United sides that is all but assured of champion league football next season.

As sighted on fotmob handle on the 1st of May 2021, Jurgen Klopp believes dwindling confidence in front of goal at the root of Liverpool's ongoing struggles this season, as opposed to bad luck. Although their active defence of the title has long since ended, Liverpool could formally end their stin as premier league champions by claiming a much needed victory over rivals Manchester United at Trafford on Sunday. 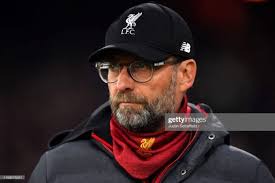 If Manchester City beat crystal place on Saturday and their neighbours lose to Klopp's men,Pep Guardiola's side will be crowded Kings of England for the third time in the past four season.

The development might not be overly surprising but from the distance which Liverpool have watched is unfold having been the main counterpoint for city's pretention of dominance Over the previous three years, certainly it has been. 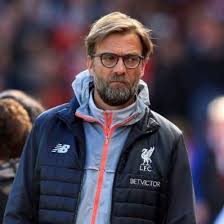 The Red are sixth on the table , four points shy of fourth place Chelsea with five games remaining heading into the weekend.

This shows that the Red still having more chance to qualify for champion league Nex Season if only they put all hands on desk.

Content created and supplied by: Benjiro1 (via Opera News )

Benzema:“I don’t care if I’m considered a goal scorer, Lewandowski is a goal machine not me”

AFCON 2021: Group D Standing Alongside The Most Rated Player In Today's Fixtures