The GHALCA G6 pre-season tournament is set to kick-off tomorrow with two games to usher in the competition.

All the matches in this off season tournament, will be played at the Accra Sports Stadium with the competition scheduled to end on August 28.

The six teams have been divided into two groups of three teams each with Great Olympics, Bechem United and Karela United in Group A.

Accra Hearts of Oak, Medeama SC and Berekum Chelsea, have been put in Group B with the team's competing in an all-play-all contest with the top two sides in each group advancing to the semi-finals. 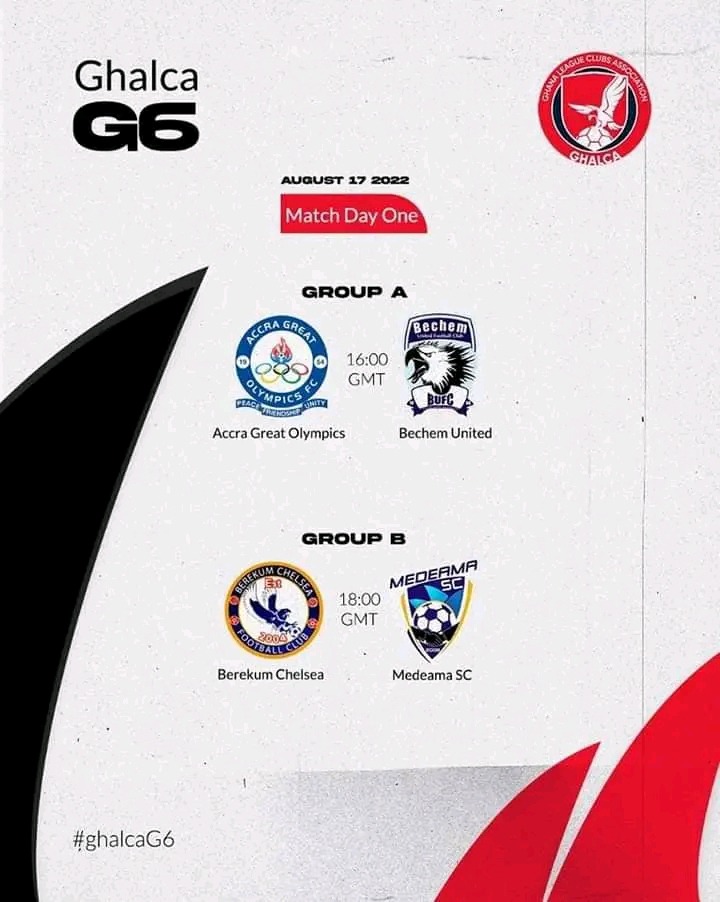 The Great Olympics vs Bechem United encounter will be the competition opener, and, it will kick-off at 4:00pm with the Chelsea and Medeama fixture set to start at 6:00pm.

All four teams will look to begin the tournament on a high in this pre-season event which has been planned by GHALCA to prepare them for the start of the new season.

Great Olympics and Bechem United have been in pre-season mood for sometime now and, they will look to put on a good display in tomorrow's fixture to boost their morale for the rest of the competition and beyond.

The same goes for Berekum Chelsea and Medeama SC who will contest the second game of the day.

The G6 tournament will continue on Sunday with the second round games and, it will feature Karela United who will play Great Olympics in the first game of the day before Medeama SC takes on Accra Hearts of Oak later.