By TheProgrammeNews (self media writer) | 3 months ago 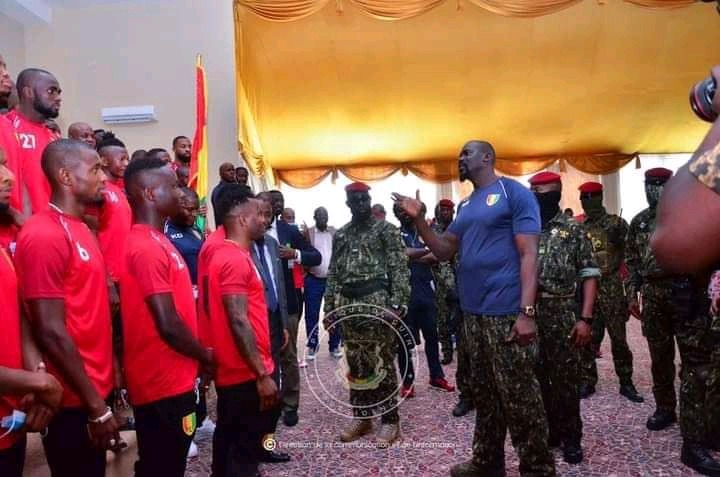 Before the African Cup Of Nations, Colonel Mamady Doumbouya had a meeting with the Guinea Football Team. When he met them, his message to them was that they should go and win the tournament. He told the team to either win the tournament or refund the monies which will be spent on them.

Today, Mamady Doumbouya has met up with the Guinea Football Team after their elimination from the competition. Surprisingly, Mamady Doumbouya praised them for their performance in the competition. He told them that he has forgiven them for not winning the trophy. He stated that though he wanted them to win the trophy but he knows that it will take time since they are now building the team.

However, he told them that the money given to the team was for Quarter Finals, Semi Finals and the Grand Finale and for that matter he is asking them to return it to the coffers of the country as soon as possible. 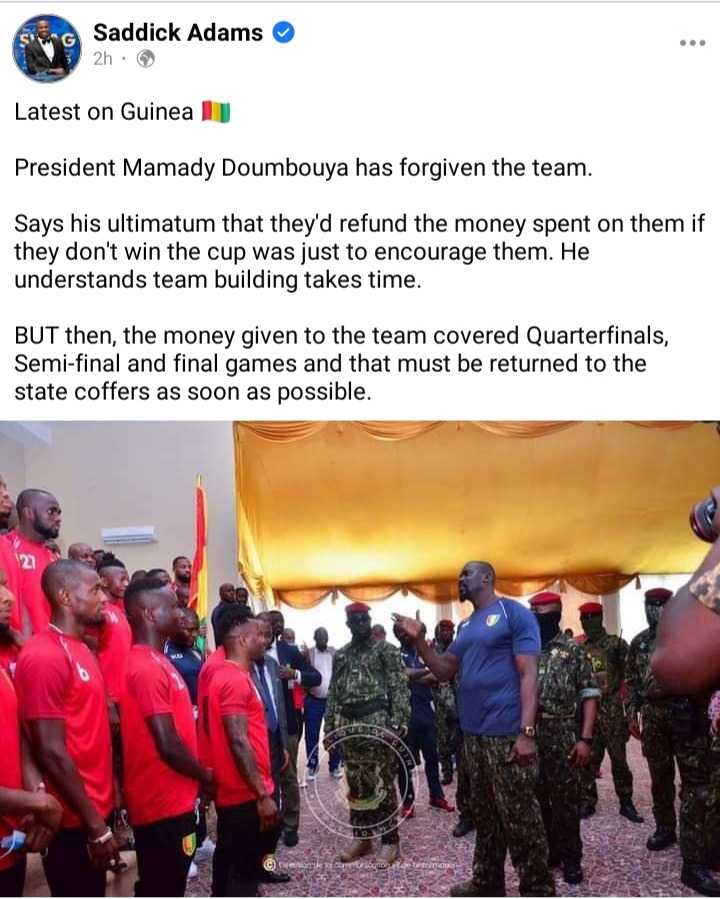 What do you think about this news? Do you think the President has done the right thing by demanding the rest of the money? Let us know what you think in the comment section.