By J_N_Hanson (self media writer) | 2 months ago 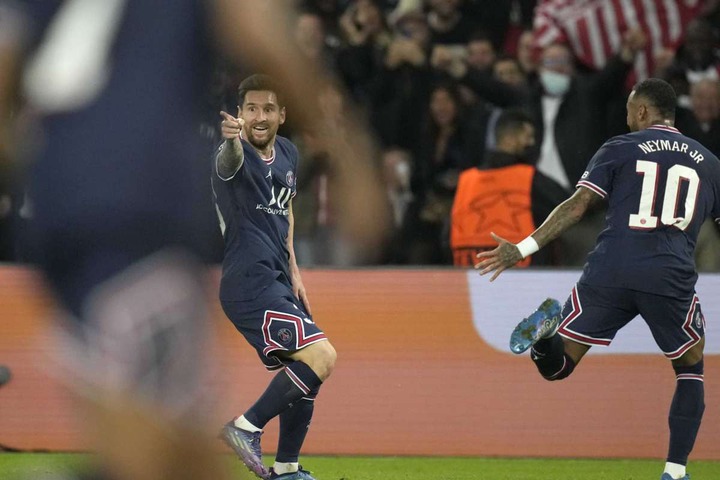 Messi charged from midfield toward the penalty area in the 74th minute, opening up more space as Achraf Hakimi made a dummy run to his right, and received a clever flick from Kylian Mbappe before curling a fine strike into the top right corner with the most famed left foot in world soccer.

Pep Guardiola and Lionel Messi won 14 trophies together at Barcelona during a four year period and the par have been dominant forces in European football for more than a decade.

Since partying ways when Guardiola left the Catalan Club in 2012, no player has scored more goals against his teams in the champions league than Messi.

Their longstanding relationship and Messi enduring brilliance helps explain why Guardiola tried to sign Messi in the summer. The Argentine instead ended up at Paris St-Germain and has scored his first goal against his cherished and most loved coach according to Sky Sports

"It was a surprise for everyone but what happened happened. Everyone now accept it," Guardiola said in the build up to the game.

"A long time ago you couldn't imagine it but it happened. In life itself you never know what happens. What is important is he will be happy in Paris.

"Messi speaks for himself, I don't have to describe him, What he's done is more than exceptional and indeed he has shown today that he is an exceptional player.

Content created and supplied by: J_N_Hanson (via Opera News )