Transfer News Live: Pogba To Stay, Trippier to Newcastle and Other News.

Manchester United are not negotiating with any club to sell Paul Pogba in January, as things stand. 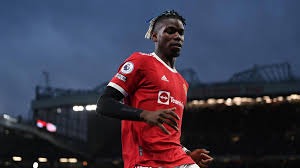 No proposal, no swap deals or similar. Contract extension bid still on the table since last July. No decision made by Paul on his future yet - Man Utd are still waiting.

Newcastle are planning to sign one or two centre backs in January. Dutch defender Sven Botman is still top of the list, waiting for an answer from Lille about final price tag. Newcastle are also looking for a new right back. Work in progress.

Atletico Madrid are waiting for Newcastle official proposal for Kieran Trippier. He's the main target as right back as reported days ago, and he's out of contract in 2023 with Atléti - there are also other names in the list.

Centre back Matteo Lovato could leave Atalanta to join Cagliari on loan.

Diego Godín has received three different offers and will leave Cagliari in the next few days. The Uruguayan centre back will decide soon the best solution for his future. 🇺🇾 #Godin

Eintracht Frankfurt are closing on Randal Kolo Muani deal with Nantes. Final details to be agreed and then the negotiation will be completed, as confirmed by PhlipMarq.

Eintracht are offering Kolo Muani a five year contract, hoping to sign as soon as possible. Danjuma will not leave Villarreal in January. Liverpool are among top clubs monitoring him for the future but there are no talks for January - he’s staying.

Danjuma’s performing at top level with 4 goals and 1 assist in UCL, plus 5 goals and two assists in La Liga.

Vitalij Mykolenko has successfully completed his medical as new Everton player one week ago, no doubt. Paperworks are ready between clubs to announce the deal for the Ukrainian left back. Here we go confirmed, statement expected soon.

Content created and supplied by: PAJ_News24 (via Opera News )