By WillyCarol (self media writer) | 8 months ago 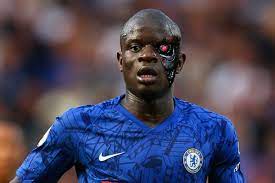 Chelsea are into the finals of the Champions League for the first time since they last won it in 2012. The London based club will face fierce and hungry rivals Manchester City in the finals which would be staged in Istanbul.

Ahead of the classical encounter, Ngolo Kante has been spotted at a mosque praying for himself and his team.

Kante was signed from Leicester City after a terrific season which saw them win the English Premiership. His move to Chelsea was also graced with a double (League and FA) and subsequently the Europa League. During this period, he has also won the World Cup with his national team.

It has been said that should Chelsea win the Champions League this season, Ngolo Kante will be crowned a legend of the club for his remarkable contributions in the semi finals against Real Madrid.

Here is a link to watch the video video

Do you think Chelsea can win the Champions League this season?