Ministry of Youth and Sports in Ghana has summoned the Ghana Football Association to an emergency meeting scheduled for Friday, January 21, 2022 to discuss what went wrong with the team as they exited Africa Cup of Nations at the group stage. In a press release dated 19th January 2022, the Ministry emphasized its commitment to ensuring that Black Stars of Ghana are restored to the position they deserve in African football.

“The Ministry has summoned the Ghana Football Association (G. F. A) leadership to an emergency meeting scheduled for Friday, 21st January, 2022 to urgent discuss and take decisions aimed at salvaging the performance of the Black Stars especially in the next set of games. The Ministry of Youth and Sports is committed to taking urgent steps to ensure that the Black Stars is restored to its status as a symbol of national pride for all Ghanaians and a powerhouse of African football.” 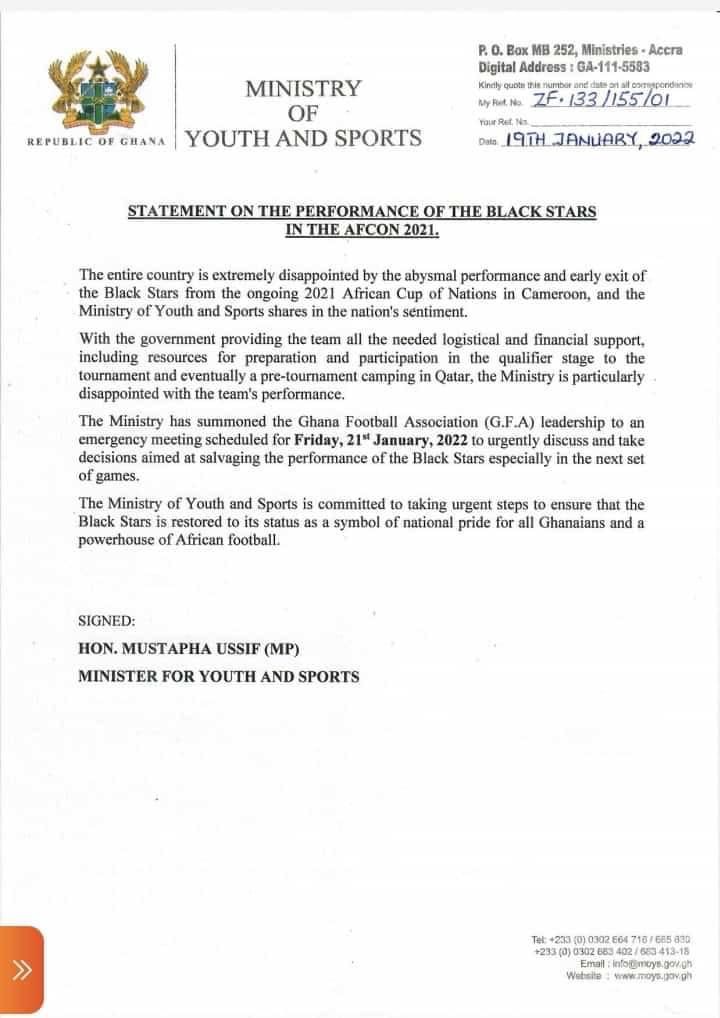 Milovan Rajevac led his charges into the competition and lost the opening fixture to Morocco. Black Stars tried to make amends in the second group game against Gabon but had to fight for a point after taking the lead through skipper Dede Ayew. 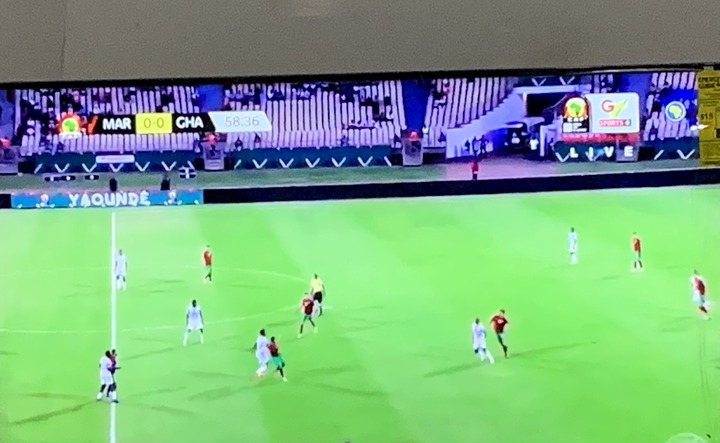 Black Stars head coach Milovan Rajevac is not stepping despite a dreadful display in Africa Cup of Nations in Cameroon. The Serbian trainer looks ahead to leading Ghana into World Cup after exiting at the group stage of the continental showpiece. He believes Ghana have what it takes to make it to the global competition.

Enough Is Enough: Parliament Must Hear Of This- School Caterers Declare

Skyrocketing Of Prices Of Goods And Services, Price Control Is Out Of The Equation – Ofori-Atta

4 Things to Know Before Dating an Older Man.