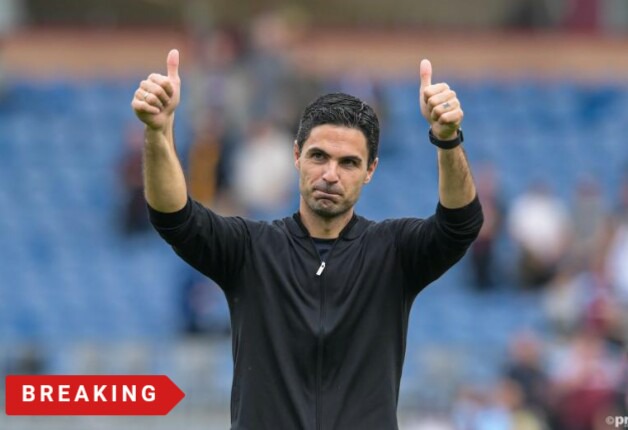 Mikel Arteta has signed a new contract with Arsenal that would put him in charge until the end of the 2024/25 season.

His previous contract at the Emirates, which he signed in December 2019 after working as Pep Guardiola's assistant at Manchester City, was set to expire in 2023. He has, however, signed a two-year contract extension that would keep him with the club until 2025.

The news was made by the club on Friday, May 6th, and the Spaniard expressed his intention to return Arsenal to the top of English football and ensure that the club can compete with the greatest clubs in Europe.

Despite being at the bottom of the Premier League table after three games, Arteta has brought Arsenal back into the top four with four games remaining this season. They have risen to the top of the standings after a Christmas turnaround and are on track to qualify for the Champions League for the first time since the 2015/16 season.

What has Arteta said?

Arteta expressed his delight at the new contract and the Arsenal board's confidence in him in an official club statement. He stated, "I'm excited, grateful, and really, really happy today." "When I met with Josh [Kroenke], he saw the club in the same light as I did, and he wanted to push the club in the direction I wanted to go." "So everything that he’s said, and that Stan [Kroenke] has said when I’ve been together with both of them, they’ve always delivered.

﻿"We want to take the club to the next level and compete with the best teams in the world." To achieve this, we must compete in the Champions League.

"We must be able to evolve the squad, improve our players, enhance our departments, generate even more connection with our fans, increase the atmosphere at the Emirates, and attract top, top talent and the greatest people for this club to take this project to that level."