By Jonnexgh (self media writer) | 1 year ago

As a football fanatic, kindly do me a favour by following me by hitting on the follow button on the right corner for more interesting football or sports news. Thank you. 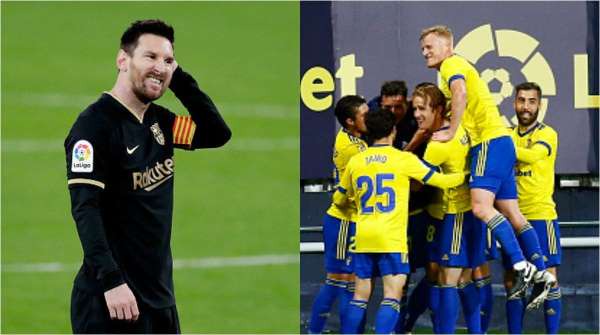 Recently Fc Barcrlona form in the laliga is too bad as they have been able to accumulate only 14 points from the whooping matches.

The Blaugrana and their boss Koeman were espected to atleast win thier yersterday's match against one of the smallest team in the laliga Cadiz Fc but could not accomplish their targeted goal.

Prior to the game, Barcelona were tipped by many football paudits, fanatics and so on and so forth to beat the Cadiz team to atleast rediscover their laliga form but all their efforts in the yersterdays game were all not to avail 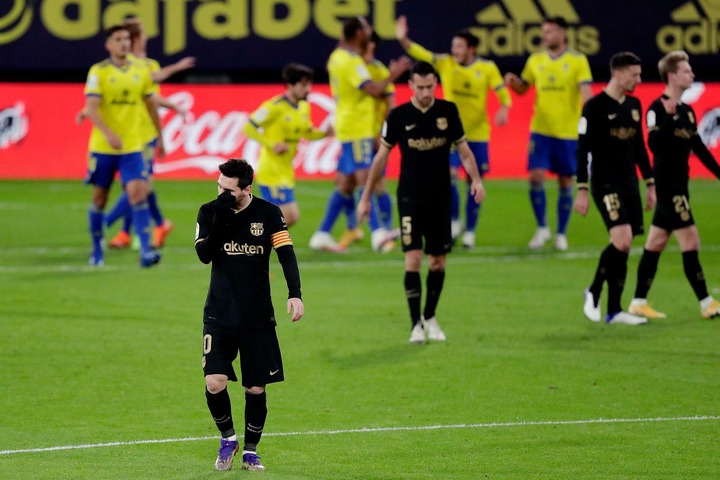 One surprising thing is that, Barcelona are in good form in the Uefa Champions league as they have won all the five matches in the group stages with only one match left. They have even qualified for the next roumd of the competition. 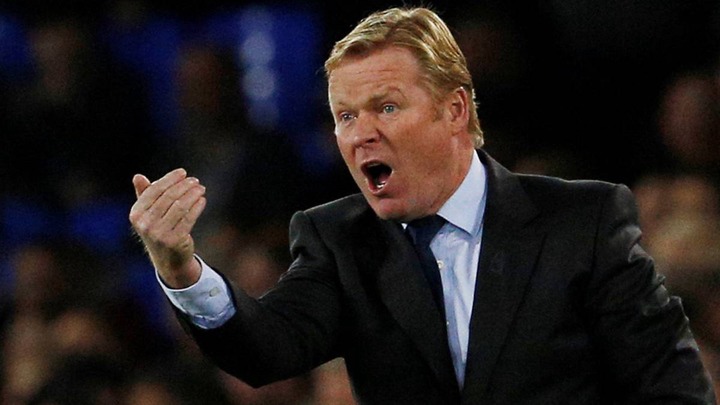 According to their coach, barcelona needs time to be built to fight for the laliga title and the champions league. 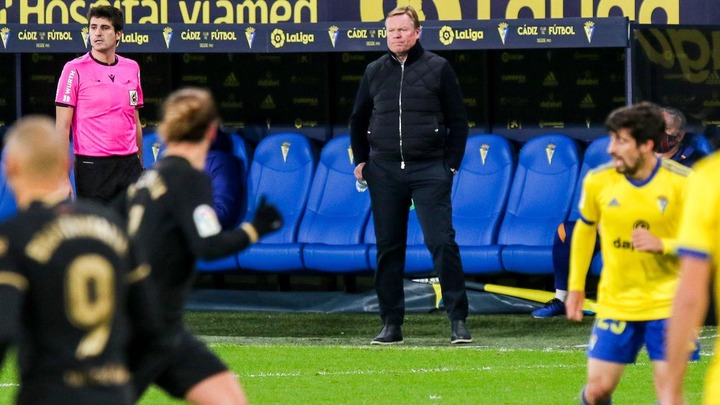 Prior to the game against cadiz fc, Barcelona were the clear favourite to win the match hands down. The cadiz team were tag the underdogs team but that was not the case as they shockingly scored Barcelona 2 goals to one. 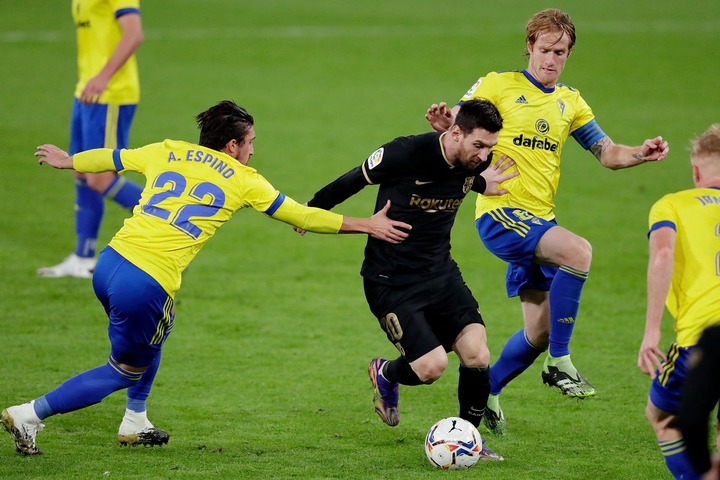 In the second halve of the game, Barcelona improved and were able to get the equalizer on the 54th minutes of play in the second half. Just when we thought Barcelona would het the winning goal and earned all the three points, Cadiz experienced player alvaro Negredo scored to worsen Barcelona case on the 63rd minutes of play. Though Barca played well but the stubborn side Cadiz did not allow them to even get the eaqualizer let alone win the match. 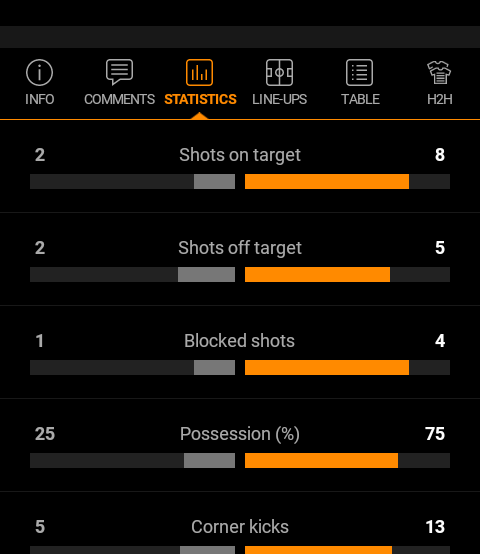