Former Chelsea starman, Eden Hazard has apologized to his club Real Madrid and it fans for laughing with his former teammate after Real Madrid was knocked out of the Champions League by Chelsea last night in Stamford Bridge. 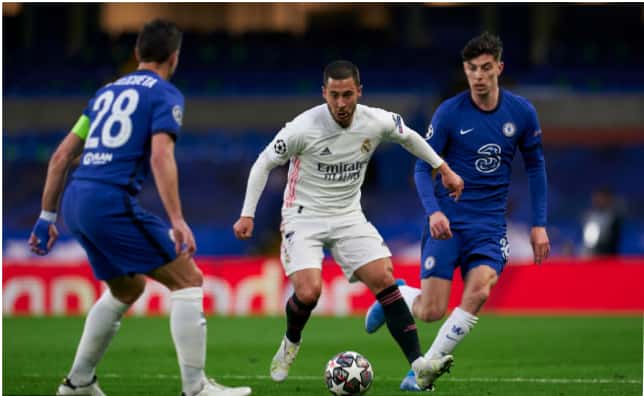 After the match had ended, the Real Madrid winger was caught on TV laughing with his former teammate Kurt Zouma and he was severely criticised back at Spain as El Chiringuito TV presenter acknowledged his behaviour to be disrespectful and unacceptable.

However noting of the anger his behavior must have caused the Madrid fans, he therefore issued an apology on his Instagram account.

In the post he noted that he has read a lot of opinion from fans about his conduct and it was not his intention to offend them.

While noting that it was his dream to play for Real Madrid and win titles, he therefore assured them that it is now time to fight for the Laliga as the season is not yet over.

Chelsea won Real Madrid 2 nil and advance to the final of the competition on a 3:1 aggregate score having played out a 1:1 draw in the first leg of the semi finals at Spain.

Madrid must now fight to win the Laliga as they are 2 points behind league leaders Atletico Madrid with just 4 matches to complete the season and Hazard must put in his effort to actualize his dream and pacify the fans. 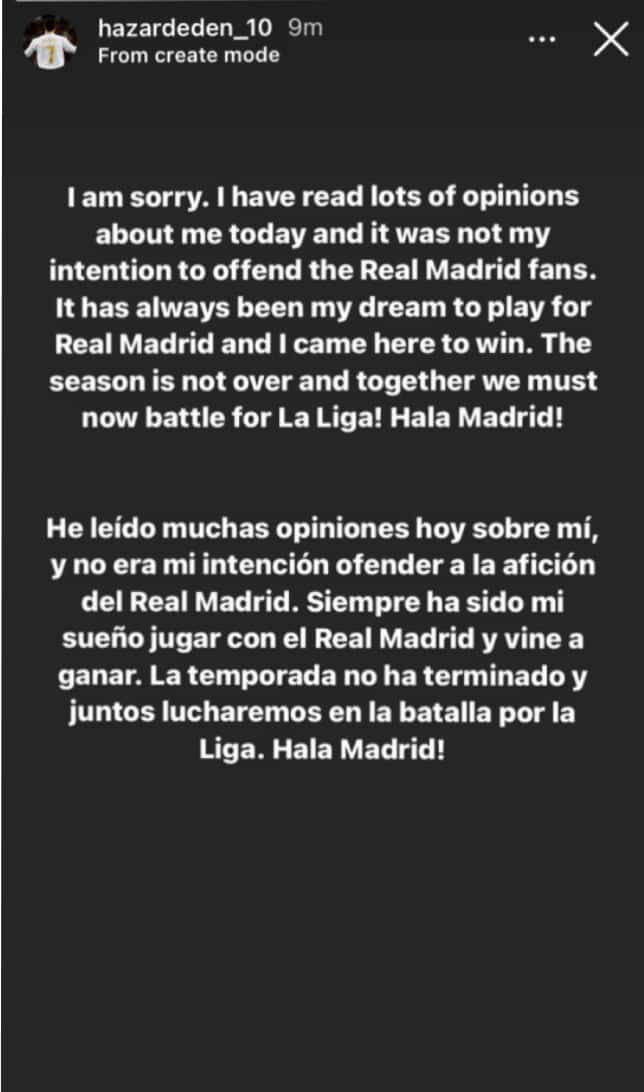 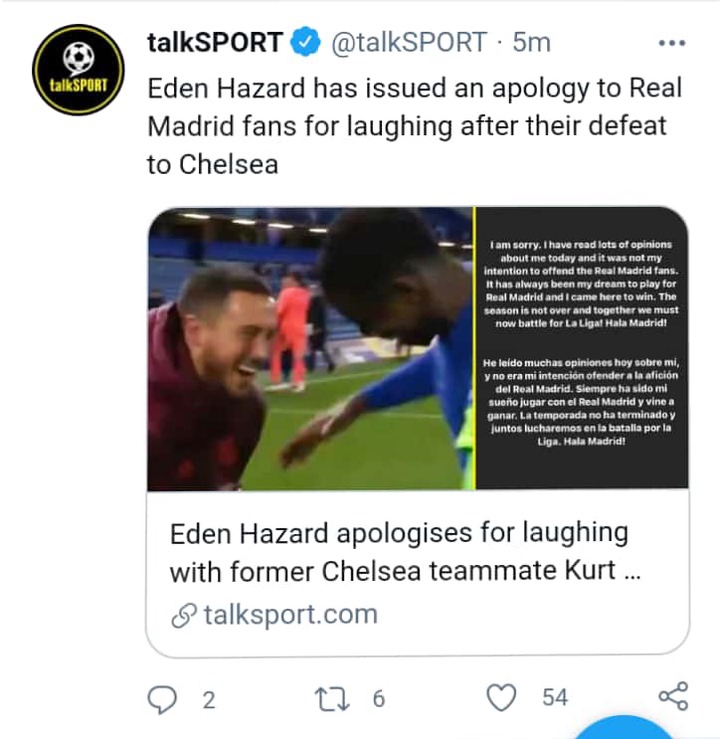