John Bennett, a prominent BBC broadcaster, predicted that Asamoah Gyan would lead Ghana as a coach.

The British Broadcasting Corporation’s (BBC) bigwig John Bennett has prophesied that Ghana’s legend, Asamoah Gyan, will be the head coach of the Black Stars of Ghana. 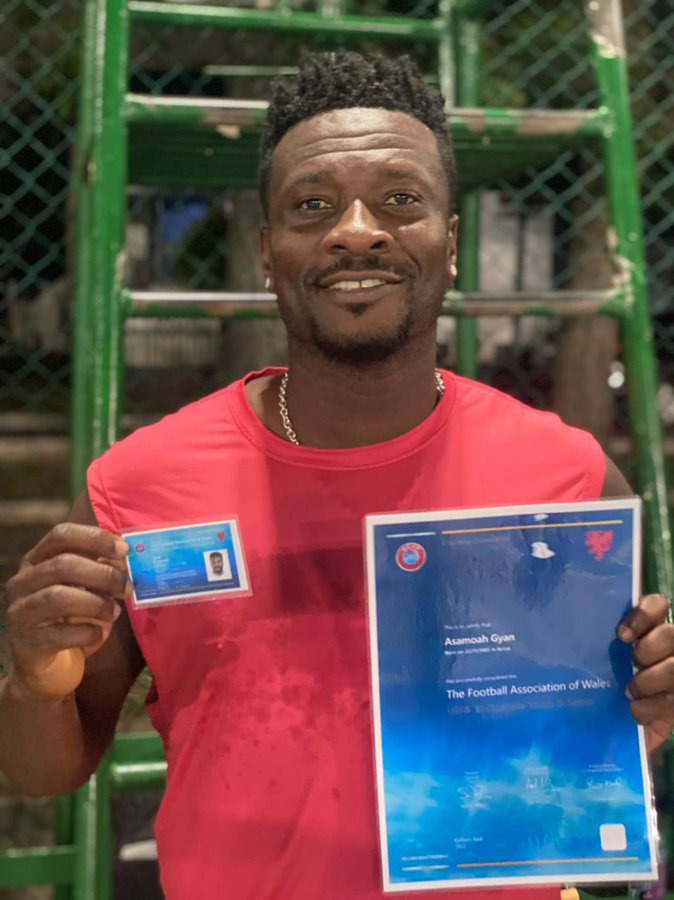 Asamoah Gyan, Africa's all-time leading goal scorer in the FIFA World Cup, has been granted a coaching license by UEFA. The ex-captain of the Ghanaian Black Stars enrolled in a six-month programme in June to earn a Football Association of Wales UEFA B License certificate.

When he stated in an interview in September that he was eligible for the final selection of players to travel to Qatar in 2022, citing a scenario involving Roger Milla of Cameroon, the striker became the talk of Ghana.

He became predominant on numerous social media platforms after graduating from the coaching certificate programme in Wales. A residential course was offered as part of Gyan's curriculum for those with relevant professional playing or coaching experience.

He announced his new coach certificate acquired on his official Twitter handle, @ASAMOAH_GYAN3, “Your new UEFA License Coach is here, thanks to all who made it possible & a special one to the Wales FA, this is just the beginning. January 2023 Coaching Clinic loading.” 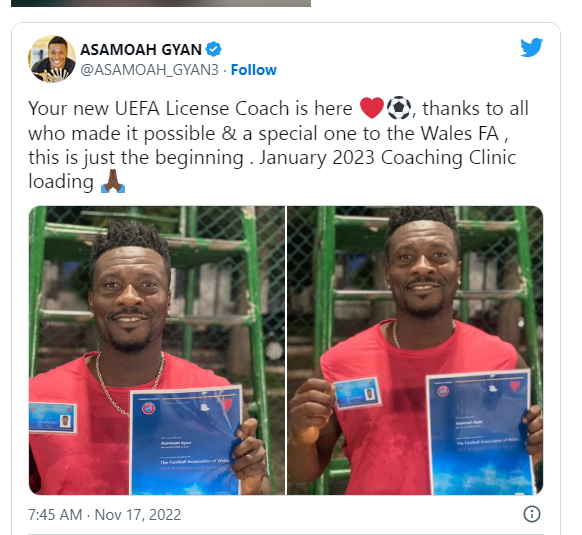 Asamoah Gyan’s impressive effort has been observed by the celebrated broadcaster at the BBC, John Bennett, who predicted that Baby Jet will soon take the position of Otto Addo in Ghana.

The last time the renowned BBC journalist offered his thoughts on an issue involving Ghana was when Ghana faced Nigeria in the second leg of the World Cup qualifiers in Abuja.

Before the game at the Moshood Abiola National Stadium, John predicted a qualification for Ghana in an exclusive interview with Derrick Ayim, host of Omy Television's morning show Sports Coffee. 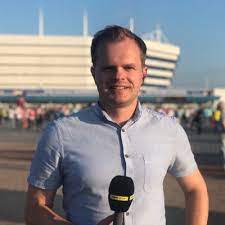 John's latest contribution to an event in Ghana is another forecast for former Black Stars captain Asamoah Gyan, who recently completed a UEFA coaching course.

The reliable team of editors at www.atspo.com has sighted a caption on the Twitter handle @JohnBennettBBC, which reads, "Ghana coach one day? Asamoah Gyan has moved a step forward on his coaching journey by gaining his UEFA B Certificate." 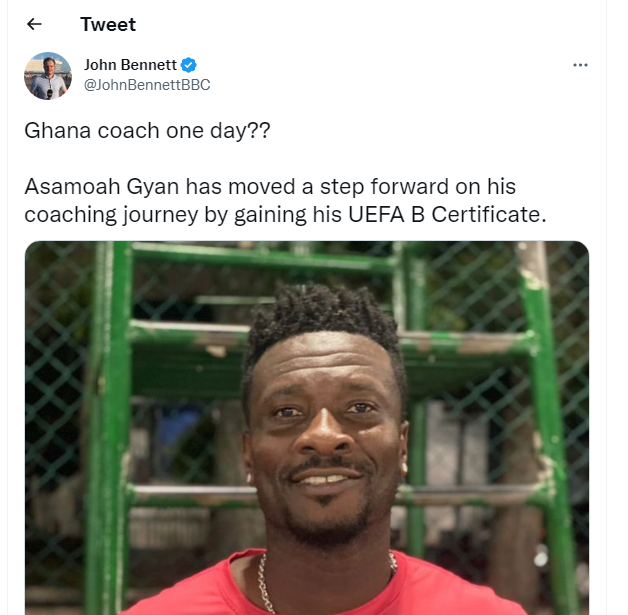