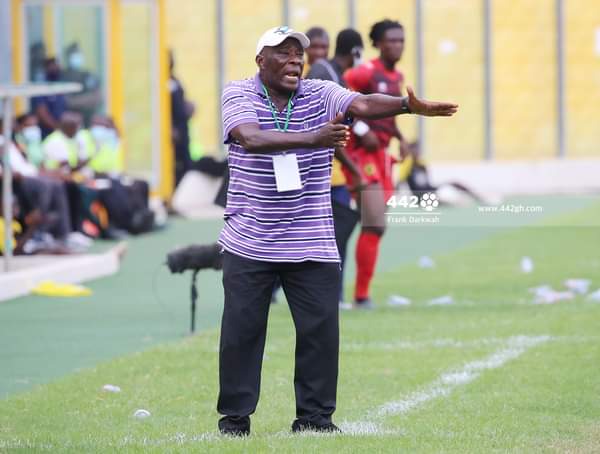 Head coach of Accra Great Olympics Annor Walker has stated that their top four ambitions for this season is in intact. Even though his team has lost matches in recent weeks, but he expects his player to pick up this weekend against Inter Allies.

“The top four target is still on course. There is hope as we will pick up on Saturday against Inter Allies.” He told Angel Sports.

Coach Annor Walker narrated the ordeal his team had to go through at the hands of referees, in their game against AshantiGold and Legon Cities.

“To be honest, every team can win, lose or draw. I hardly talk about referees. When you look at our game against AshantiGold and Legon Cities and what referees did, it was terrible. In our game against AshantiGold, our player fouled AshantiGold player outside the box and a penalty was awarded for the opponent. The assistant referee in front of me shouted inside inside inside and the center referee whistled for a penalty.”

He debunked rumors that Accra Great Olympics may play a match of convenience against Beleaguered Inter Allies because both teams are based in the capital. He is ready to call it a quit if he figures out that any official wants to compromise the game.

The former Nania FC coach believes any team that works extra hard will be able to lift the Premier League trophy at the end of the season.

“Any team that does well is capable of winning the league. My toughest opponent in this season is Asante Kotoko and we have played both home and away matches.”