By Off-sports (self media writer) | 1 month ago 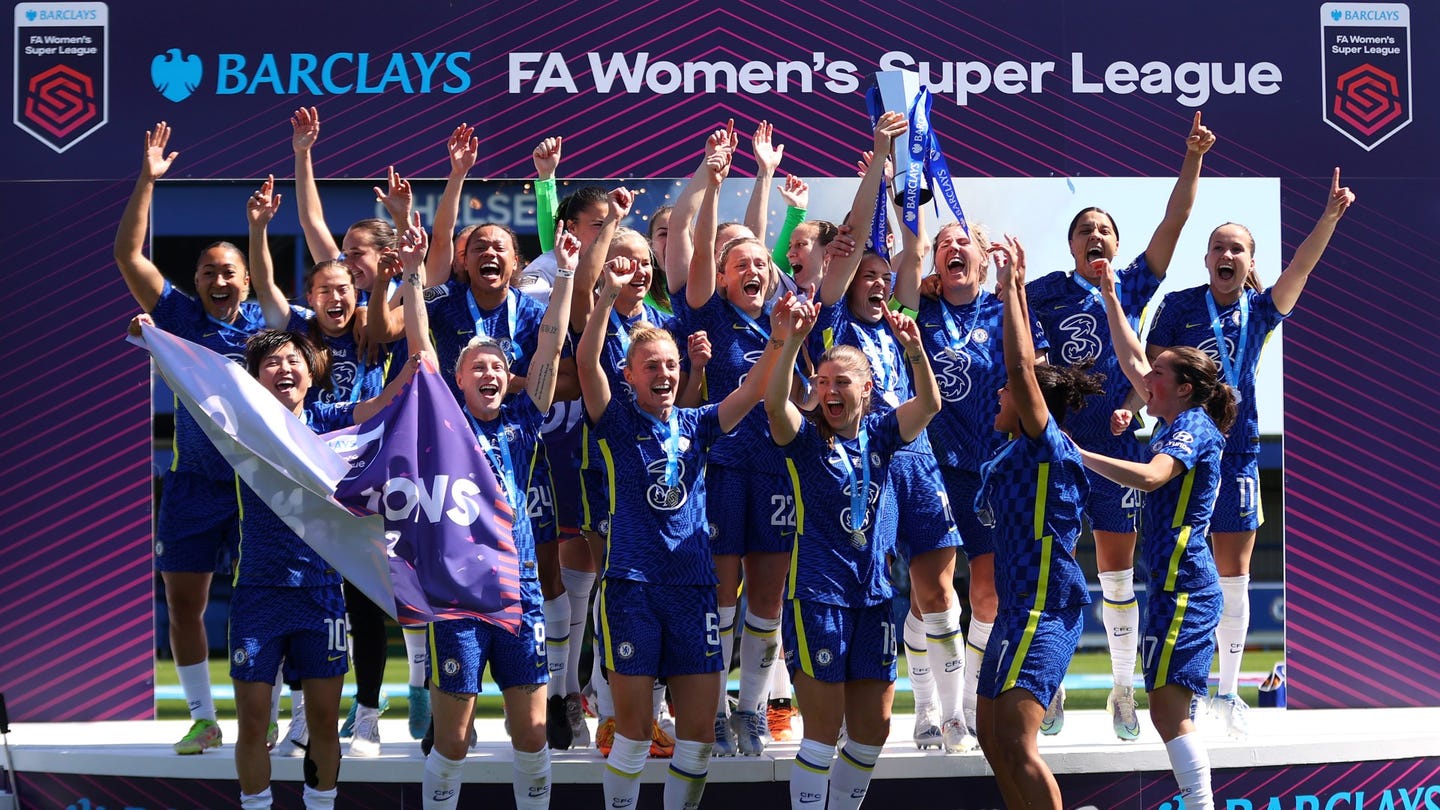 After solidifying their domestic supremacy in 2021-22, the Blues have won the Super League for the third consecutive season.

Chelsea have retained their WSL title following a thrilling final day victory over Manchester United which has confirmed their standing as the most dominant outfit in England.

The Blues have now won the Women's Super League title three times in a row and four times in the last five seasons.

As the 2021-22 season came to a close, Emma Hayes' team appeared to be struggling, with Arsenal ready to pounce on any inopportune stumbles, but they got the job done in a 4-2 triumph over United.

Regardless of how Arsenal fared at West Ham, the Blues knew that a win over the Red Devils would be enough to put them in first place.

The Gunners did their best to keep things intriguing, with a 2-0 win putting them in contention, but Chelsea were never going to give up their title easily.

Martha Thomas put United ahead after 13 minutes at Kingsmeadow, forcing them to work hard for the chance to win another major title.

Chelsea needed a hero, and Sam Kerr was ready to respond to those SOS calls once more.

The Australian striker scored a brace, the second of which looped over the United goalie from 25 yards out, to give the Blues some much-needed breathing room.

Six minutes into the second half, a Guro Reiten goal was sandwiched between Kerr's lethal double, sparking frenzied celebrations at the final whistle.

What have Chelsea's title winners had to say? 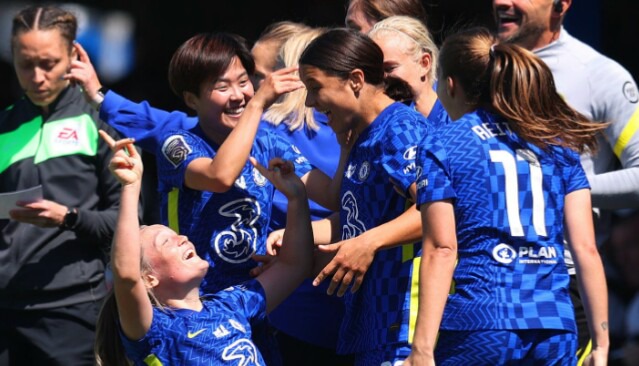 Kerr told Sky Sports on her decisive contribution, with 20 goals recorded over the course of a remarkable season: "In the first half I thought we were a bit nervous. I definitely felt nervous.

"In the second half it was just about playing how we play. That's why we're champions - when we play like that no-one can stop us."

She added on her stunning double against United: "I don't score too many lefties. I just saw it coming and hit it and it went in. I don't care who scores today, we're champions so that's all that matters. I visualise scoring crazy goals (like the second) all the time and I just thought I'd have a pop.

"This is honestly one of the best games I've played at Kingsmeadow. It's packed and we love it."

Content created and supplied by: Off-sports (via Opera News )