Football clubs with most fans in the world

You may have probably guessed that the world’s most supported clubs should be European. A good bet, but let’s take a closer look at them.

You may wonder which European club actually has the most number of fans. Some people believe it’s Manchester United and some people Real Madrid. Both these clubs are the top ones in their own country. 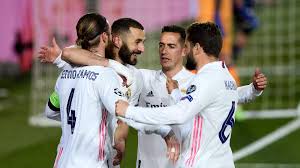 Real Madrid comes at the top of the list of football clubs with highest fans in the world. Success naturally attracts attention and creates affection! And that’s really the case with Real Madrid. They have won 13 Champion Leagues and 34 LaLiga titles so far which actually has turned them to the most successful club in Europe. Real have a tendency to buy superstars and that’s why they are called Galacticos which means “galactic” in Spanish, but in particular, refers to footballers at superstar levels.

Great players such as Cristiano Ronaldo, Zinedine Zidane, Luis Figo, David Beckham, Kaka, Makelele, Xabi Alonso, and Steve McManaman have all played for the LaLiga giant some time during their careers. Ok! Enough of the success, let’s get to numbers! Although the number of Real Madrid fans is declared by some sports sites to be around 250 million, Real Madrid’s director of institutional relations, Emilio Butragueno, says the real number of Real fans is something around 450 million scattered across 186 of 193 countries in the world, and yet, based on Global Football Monitor’s report, it’s something around 490 million.

The LaLiga giant has 100 million followers on Instagram, 37.8 million on Twitter, and 111.5 million on Facebook, and all these numbers are growing. Just take a look at other websites reports and you’ll see it for yourself. And did you know that some biggest celebrities around the world are among Real fans? Tom Cruise, Antonio Banderas, King Abdullah II, Jennifer Lopez, Robbie Williams, Penelope Cruz, and Russel Crowe are all supporters of the Los Blancos. The club is also among the top 10 football clubs with most trophies in the world with 90 trophies so far. The second on the list of most popular football clubs in the world, Barcelona is said to have around 233 million supporters across the globe and is also the richest football club in the world with an annual revenue of more than €800 million. Maybe these days the name, Barcelona, is mostly associated with the name, Lionel Messi. Some believe the club has gained lots of supporters since the Argentinian superstar has shined for them, however, one cannot say the club’s own achievements have not played a part in its popularity if one knows that they have won 26 LaLiga titles and 30 Copa del Rey until now. 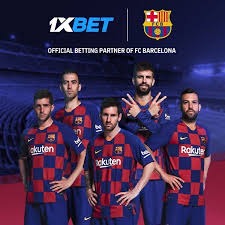 Barcelona have around 98.5 million followers on Instagram, almost 105 million on Facebook, and 16.9 million on Twitter. Legends such as Diego Maradona, Romario, Thierry Henry, Johan Cryuff, and Frank Rijkaard, and great players like Lionel Messi, Xavi, Andres Iniesta, Pep Guardiola, and Neymar have all played some time at the club during their careers. Barcelona FC is among few football clubs in the world to be truly run by its fans – actually