The much anticipated BetPawa Premier League started over the weekend amidst a court injunction which was speculated in the media before Friday, September 09, 2022. 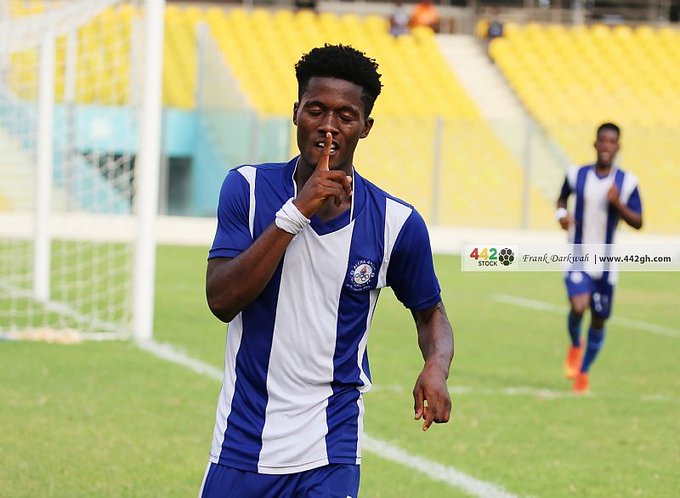 With the game involving Kumasi Asante Kotoko and Nsoatreman FC at the Baba Yara Sports Stadium having been postponed, all other league games scheduled in week one of the 2022/2023 season were honoured.

The game between King Faisal and Berekum Chelsea was scheduled for Monday, and fans in the region will want to watch it after Christopher Ennin extended his stay with the club following his outstanding performance last season.

From Saturday, September 10, 2022, a total of seven games have been played, six goals have been scored, two away teams returned home victorious, Dreams FC and Medeama, and the only venue without a goal scored was Tamale Sports Stadium.

Coach Boadu was booked by Misbaw Mohammed in the 9th minute for kicking a bottle at the touchline in protest of a throw-in decision. Three red cards were issued at the end of all games, with Caleb Amankwah, Michael Ampadu, and midfielder Michel Otou being the culprits. 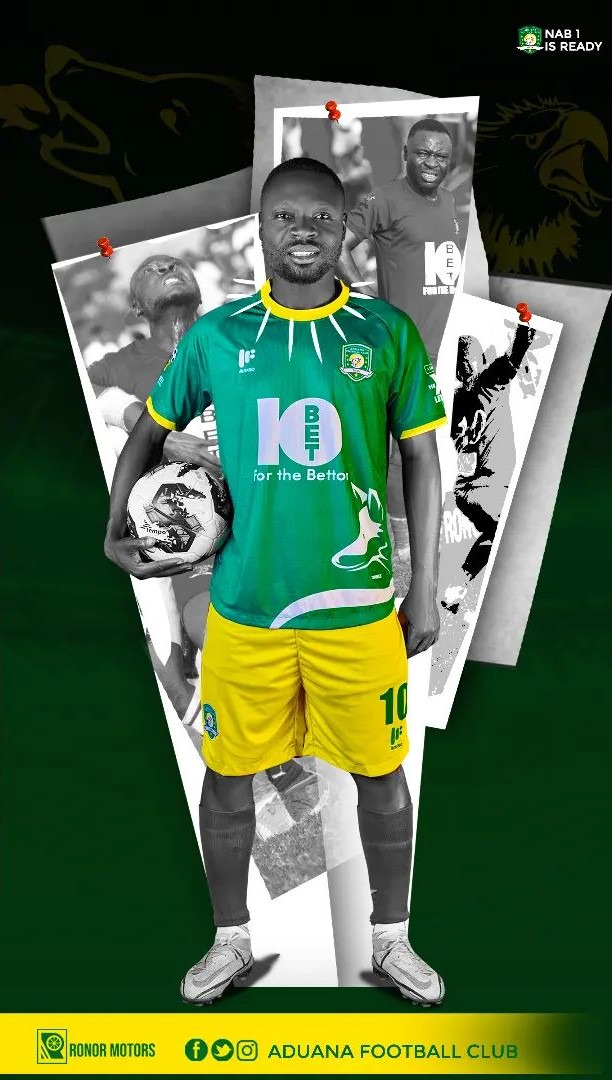 Accra Great Olympics visited Bechem United last Saturday afternoon at the Accra Sports Stadium and trounced them by one goal to nil. Samuel Abbey Ashie Quaye's name was written on the scorecard.

At the Nana Agyemang Badu Park, captain Bright Adjei scored in the second half to end Aduana Stars' winless streak in the BetPawa Premier League. Godfred Opoku of Aduana Stars was adjudged the Most Valuable Player at the end.

In the 56th minute in Dun's Park, the home team, Bibiani Gold Stars were down by a goal against Dreams FC. Dana Blessing scored in the 56th minute. They have lost two of their last five games at home. They were defeated by West Africa Football Academy (WAFA) in Week 32 of last season. 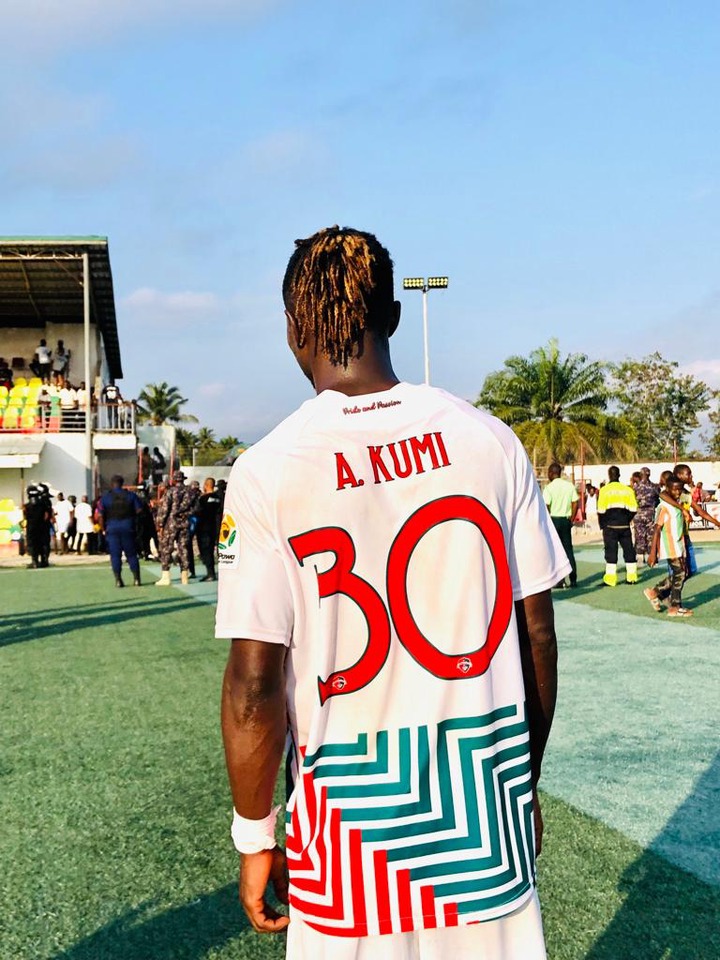 Karela United continued their unbeaten home record, winning the last five home games at Crosby Awuah Memorial Park, CAM Park, where they defeated newcomers Tamale City, and Samuel Attah Kumi got the only goal in the second half to silence Hamza Mohammed’s side.

Debutants Kotoku Royals had a pleasant atmosphere in the BetPawa Premier League, taking the lead relatively early in the second half of the game, and a clever shot by Augustine Boakye at 56 minutes guaranteed victory for the home team at Cape Coast Sports Stadium.

Maxwell Konadu's Legon Cities suffered their first home defeat in five games. The team had two drawn games in their last home fixtures. Kofi Asmah, in the 70th minute, netted to give the away team the lead. It was a typical clash of old coaches in Ghana, David Duncan against Maxwell Konadu.

Real Tamale United failed to score as they joined Legon Cities as the only home sides that failed to score in week one of the BetPawa Premier League. They maintained a clean sheet record at home since they have failed to concede a goal in their last five games. 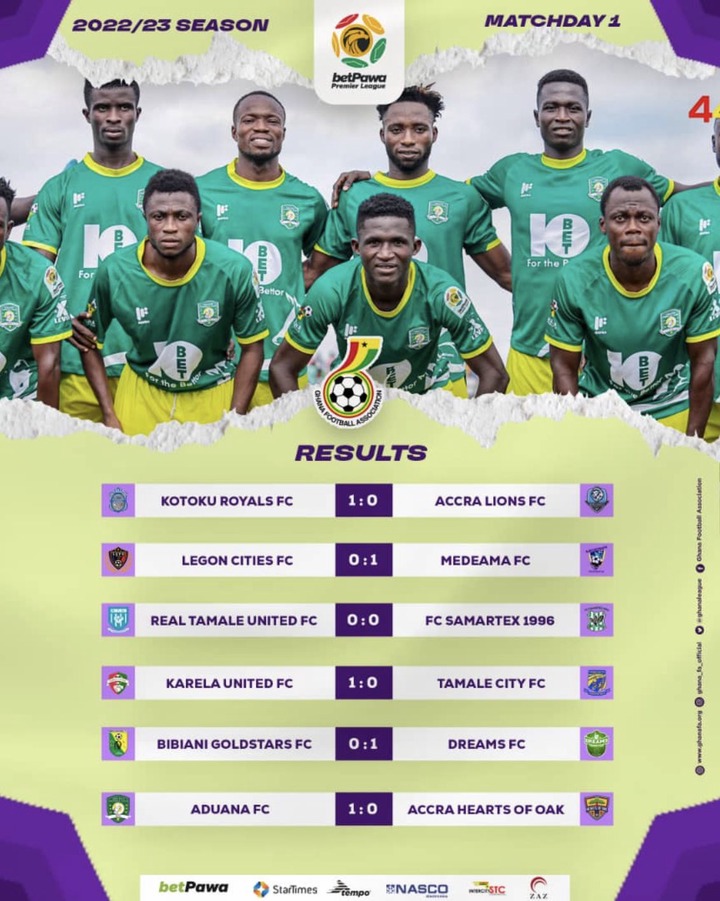