Abidal: If Barcelona hadn't signed Griezmann, Neymar would have come back

Former Barcelona technical secretary Eric Abidal has admitted that if Antoine Griezmann had not been signed in the summer of 2019, the club would have taken Neymar back to the club.

When he was in France to see about re-signing Neymar from Paris Saint-Germain, the Frenchman, who won two Champions Leagues with Barcelona as a player, provided an insight into his thinking.

"I went to Paris ten days before the transfer window closed to meet with Leonardo [PSG's sporting director] and my CEO [Oscar Grau], and we were talking about Neymar," Abidal said in his first interview since leaving Barcelona to the Telegraph.

"I believe the CEO is going to Paris Saint-Germain so that we can sign him." We should have re-signed Neymar if we hadn't already signed Griezmann, because we needed a winger, and Neymar was fantastic when he was in Barcelona.

"This isn't about which player is better; it's about what role I felt we needed at the time." The squad was in desperate need of a genuine winger. Griezmann was signed by the president [Josep Maria Bartomeu].

"One of the arguments used against Neymar was that he was involved in a legal battle with the club, so it's not easy." If he decided to return, they said he'd have to postpone the court proceedings. That wasn't my concern since I wasn't at the club at the time of the altercation. I thought I'd be able to sign the player, but that didn't happen." 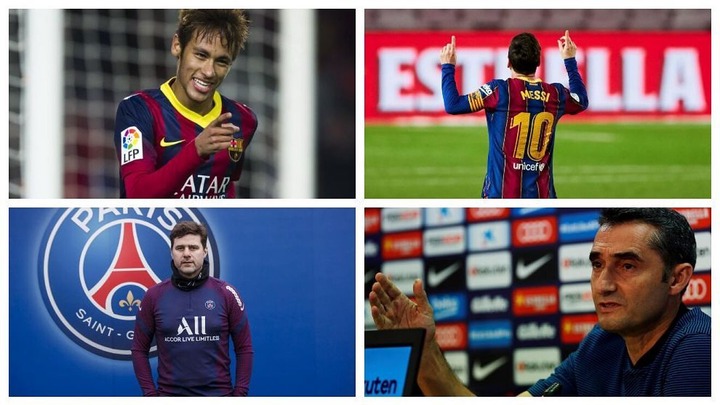 One major decision Abidal decided to make was to part ways with Ernesto Valverde ten months after Barcelona's Champions League elimination by Roma in 2018. However, he was ignored at the time.

"I suggested that we change Ernesto Valverde in December 2018 after a thorough review of the coach, his staff, and the squad," Abidal said.

"I told the president, 'I believe this is the decision you must make right now.' 'No, it's not easy,' he replied.

"Instead, he agreed to extend the coach's contract for another two months, contrary to what I had suggested. Of course, I welcomed the decision and continued to support the coach wholeheartedly, but it felt odd to me after I told the president that it would be easier to replace him."

So, when Valverde's contract with the club expired, who did the Frenchman want to replace him with?

"Quique was chosen, but Pochettino was my first preference."

Despite Pochettino's well-documented past with Espanyol, Abidal did not believe this would be a problem.

"I told the board, 'I have to bring the best coach available.' Since he was previously in Espanyol, I'm not here for politics.' "It's not politics for me," the former Barcelona technical secretary said. 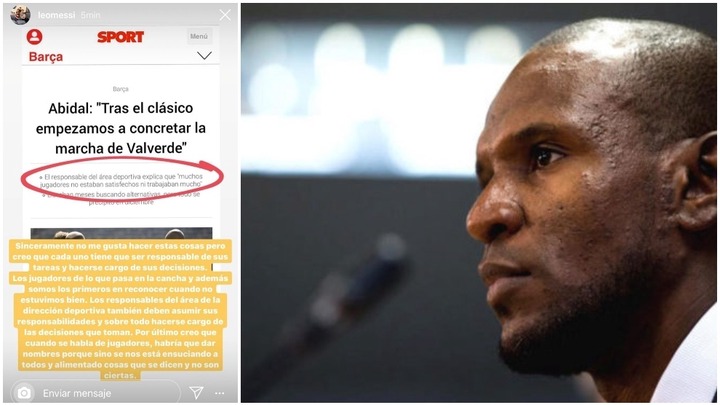 "I wanted the best, and Pochettino is one of our game's best." He reached the Champions League final with Tottenham, which you have to respect; he has a good playing philosophy, a good training philosophy, players adore him, and I believe he will be a great coach now, but with a real project."

Abidal was publicly chastised by Lionel Messi after saying that the Barcelona squad needed to work harder a month after Valverde was fired and Setien was appointed.

When asked about those remarks, Abidal responded, "I believe I was right."

In my view, they needed to work harder in the gym. It was always 'you want the best?' when I worked with [Pep] Guardiola. Okay, you must practice as if you were the fastest. Only if you work during the week will you win something.' That's exactly what I meant. I never said that the players decided to fire the coach.

"Messi even talked to me personally." We had a heated discussion, but I understand it. It's not a concern because you have to be open. I felt at ease because he was the only player who spoke to me in this manner, the only one. That is something I admire.

"I also understand that Messi is the captain and that he needed to protect the team, but I never said Messi ordered me to fire the coach." Never, ever.

"I don't have to make any adjustments with Messi; our relationship hasn't changed in my opinion." I'm not sure what his point of view is, but the situation is over for me. We've exchanged several messages, and he knows exactly what I'm thinking.

"I didn't want to transform a minor issue into a major issue that would jeopardize the whole club."

Messi's Barcelona contract is up in a few months, and it's uncertain if he'll stay, but Abidal is secure in his place in the league.

"If we're talking about results, I believe he's the best player ever, and he spent his whole career in Barcelona, so it's crucial for him to stay because he's the main player," he said.

"However, his decision [on whether or not to stay] would be influenced by the rest of the team, the new project, the new proposals of the new board, and their suggestions for the coach, for example." And, in the end, if he is at ease in this situation.

"From a marketing standpoint, Messi provides so much, so he is an incredible asset." But it will be his choice, and it's not easy to want to do something different after spending so many years in the same club. But would he be able to find anything better than Barcelona? "I'm not sure."