The greatest Ghanaian footballer of all time, he won the african best player 3 consecutive times

By Boblynx (self meida writer) | 28 days

Football is universally regarded as one of the most entertaining sports which has a lot of fans and loved by people around world. There are many great football players that have achieved a lot of awards and trophies through their hard work and training. But in this article, let us look at one of the African greatest football players to win African best three consecutive times.

Abedi Pele is one of the greatest African players to play in Europe club teams. He has played in Switzerland, Italy, Germany and in France where he help Marseille win UEFA champions League in 1993. He was a fixture in the African championship in the 1980's and 1990's with Ghana and even though the Black Stars never managed to reach the FIFA's World Cup. Abedi Pele became one of the African most respected players and important ambassadors. He is a member of FIFA's Football Committee. 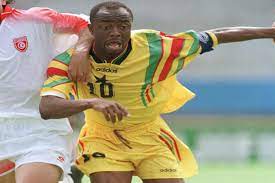 Abedi Pele helped his country to win the Africans Cup in 1982 at the age of 17. Abedi Pele hold the CAF Cup as the player who has been at the Nations CUP finals more than any player in the continent, beating the legend Roger Milla of Cameroon to the record. Abedi Pele left Ghana after the 1982 African cup to Qatar. 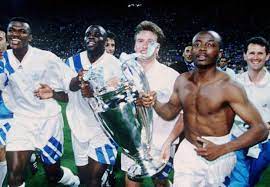 Abedi Pele set a record of taking Africans best player three consecutive times in 1991, 1992, and 1993. Thank you for reading please click on the follow button above and share.