Check What Olivier Giroud Said About Benzema's Return To The French National Team. 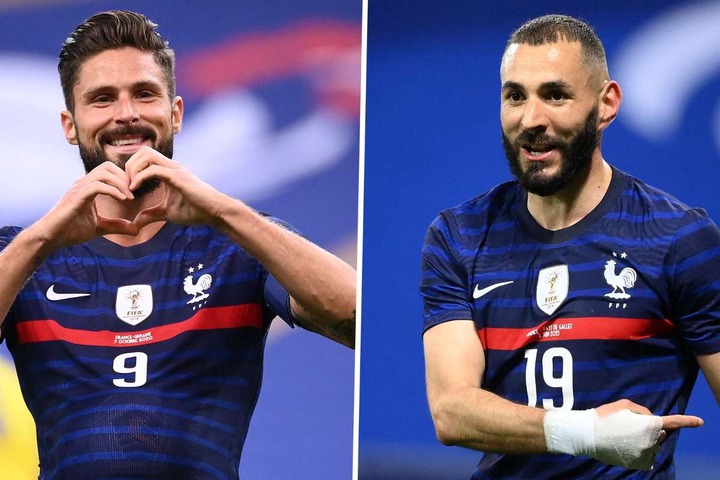 Olivier Geroud is the French international who plays as striker for the Italian football club, AC Milan. Geroud is a formal Chelsea forward who participated in the Russia 2018 FIFA World Cup and made great contributions which helped the France nation team to win the 2018 World Cup.

Kariam Benzema was excluded from the French national team for almost 6 years and couldn't get the opportunity to participate in 2018 World Cup tournament.

Olivier Giroud in an interview expressed his thought about Benzema's return to the French national team.

Olivier Giroud: " Benzema's return created a tactical imbalance in our game. It wasn't his fault but it was obvious. We have lost our collective strength. This sudden imbalance has disrupted the team.

Tactically, we changed from the World Cup, and it wasn't easy to adapt because we didn't play the same way. We would have needed time to progress with Karim before the Euro. By the way, I think it was seen in the Nations League, the team improved and things are going well for France".