By Marshsyl (self media writer) | 5 months ago 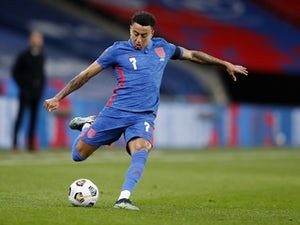 According to report Jesse Lingard is thinking about a permanent move to West Ham United this season. regardless hint that he wants to stay at Old Trafford.

The the England international netted nine goals and making five assists in 16 matches while on loan at West Ham in the course of the second half of the 2020-21 season.

A new report state that the 28-year-old had told the Red Devils that he is eager to stay at Manchester United and pen down a new contract with the English champion Man United.

However, Football Insider reported that the Lingard is open to joining David Moyes's squad on a permanent move.

The report further state that 28-year-old wants an upgrade on his existing deal, that imply West Ham would have to make him their top wage earner.

The outcome on the stricker's hereafter is allegedly not consider to be made til he has held negotiations with Manchester United on his return to pre-season training next month.

Content created and supplied by: Marshsyl (via Opera News )