By pmstakers (self media writer) | 2 months ago

In their Group B opener against the USA in Al Rayyan on Monday night, Wales will play in their first World Cup finals in 64 years.

This match will wrap up Group B's first round of games; this group includes England and Iran and has the potential to be very competitive.

The US returned to the World Cup finals after disappointingly missing the 2018 edition due to a loss in Trinidad & Tobago in their final qualifier.

The top four countries this time around were separated by just three points in a very difficult qualifying segment, but the USA was able to secure one of the three automatic slots, slightly ahead of Costa Rica.

Leaving out a few players who have been a part of the group consistently for the past few years has raised some eyebrows under Gregg Berhalter, but after the team's performance had dipped a bit in the lead-up to the finals, a change was inevitable.

After qualifying, the USA defeated Japan and earned a draw with Uruguay. However, a draw in El Salvador was only achieved following an equalizer in stoppage time in the CONCACAF Nations League.

The United States has participated in the tournament for the past seven times, and in four of those appearances, they have advanced to the knockout round. However, in their previous nine attempts, they have lost to European opponents, so if they want to advance this time, they will undoubtedly need to break that streak by having two UEFA nations in their group.

Wales has not won since advancing to the finals with a 1-0 victory over Ukraine in the playoffs, so their current form does not inspire much hope either. 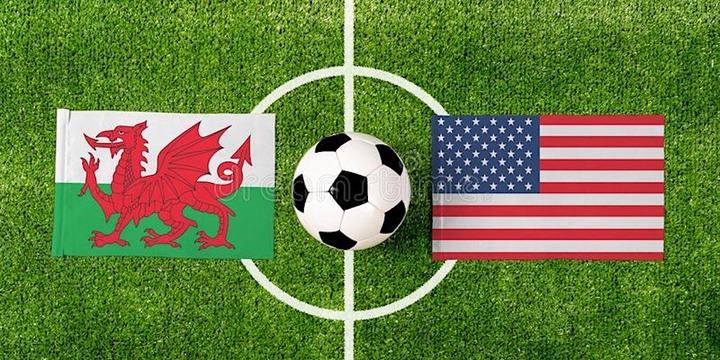 Prediction, team news, and lineups for the USA vs. Wales matchup

Rob Page's team earned just one point in their most recent Nations League campaign, losing both at home and away to Poland and the Netherlands, which resulted in their relegation from the competition. They drew 1-1 with Belgium.

That was a significant departure from their performance during the World Cup qualifying process, when Wales finished first in their group despite losing their opening match to Belgium but went undefeated in the following seven games.

Once again, Gareth Bale will be the focus of attention because of his heroics in the playoffs, including his two goals against Austria in the semifinal and his assist for Andriy Yarmolenko's own goal in the championship game.

Wales advanced from the group stage in both of their most recent appearances at major tournaments, Euro 2016 and 2020, and Bale will want to make sure they do the same in what may be his final game wearing the team's colors.

Zack Steffen was supposed to be the American goalkeeper in Qatar, but after a disappointing season with Manchester City that saw him supplanted by Stefan Ortega as a backup, he has been eliminated from the team entirely.

Matt Turner and Ethan Horvath are vying to start in goal, and Turner, an Arsenal player, played in both September friendlies, so he might have the advantage.

Although Weston McKennie has not played for Juventus since October, he should be able to start in midfield in this match.

The attacking third is where the US excels, and Berhalter has a wealth of options there. As a result, one or two players may be unfortunate to be left out, as Timothy Weah, Gio Reyna, and Jesus Ferreira are all vying to start in attack alongside Christian Pulisic.

Gareth Bale said earlier this week that despite being limited to mostly cameo roles since joining LAFC in the MLS this year, he is ready and willing to play the full 90 minutes in each of Wales' three group games if necessary.

Joe Allen has been sidelined with an injury since late September, but he expects to be able to play in this group opener.

The Welsh defender Rhys Norrington-Davies, who plays for Sheffield United, will not take part in the competition due to an injury sustained against Coventry City last month.

Turner, Dest, Zimmerman, Long A Robinson, Adams, McKennie, and Aaronson could all start for the USA, along with Reyna, Ferreira, and Pulisic.

Thanks for joining me here on our match previews for Qatar 2022 World cup. Do not miss any more articles from me by following at the click of a button, Thanks.

Content created and supplied by: pmstakers (via Opera News )