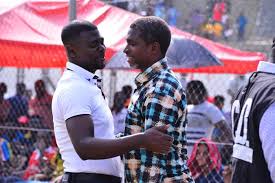 The good wind blowing at Hearts of Oak now shows that they are really interested to make their presence felt in the country. Ghana has missed the Phobian team for a while now with a lot of expectations to return to Africa where they are noted for. This made them go for a coach with all the requisite abilities to help the club get better and better with time. This is not the first Premier League side he is coaching but has done a lot with Medeama and then to the well decorated club in Africa Hearts of Oak. His appointment is to break the long mantra for the club this season.

Nicknamed 'Pep Guardiolla' in the coaching circles, he has had the privilege to handle Fantomas FC, a colts club in Kumasi 2008. Boadu led Shooting Stars FC to the Ashanti Regional Second Division Middle League Finals in 2017. He has also had stint with Honeymoon FC, Latex Foam to Middle League Final 2015 and FC Porto, a Division Two club where he orchestrated their final appearance in the 2008-2009 middle league. Before his move to Medeama SC, Samuel Boadu, spent five seasons at Kumasi based Division One League side Asokwa Deportivo. 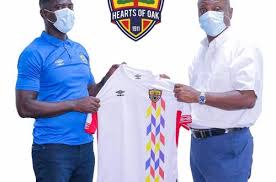 The experience coach is still learning looking at his curriculum vitae which has been enriched with a lot of participatory recommendations for being competent to work under all levels of any team. This has been the worry for most coaches in Ghana but the young ones coming on board shows some signs of seriousness and focus to further their certificate to earn them good jobs in the country. The young coaches in Ghana must learn like from Samuel Boadu, Ignatius Osei et al to better their skills when the opportunity comes unlike Johnson Smith. The Hearts post was vacant since Serbian Kosta Papic called it quits over struggles to get the best out of a disgruntled playing body.

Hearts put faith in Under-15 coach Samuel Nii Noi to steady the ship and he did creditably well – guiding the side to two wins against Ebusua Dwarfs and Liberty Professionals and a draw in Sunday’s Super Clash with arch-rivals Asante Kotoko. His job is done. Enter the new dawn with Samuel Boadu! “He officially started work on Monday the 1st of March. He was signed for three years and he is coming with his own assistant,” Hearts Board member Alhaji Braimah Akanbi relayed to reporters after the 0-0 draw against Kotoko on Sunday.