The 2022/2023 season has commenced, most of the major European leagues have played their first 6 games of the season.

Here are some upcoming big matches in the various European leagues after the Inter break: 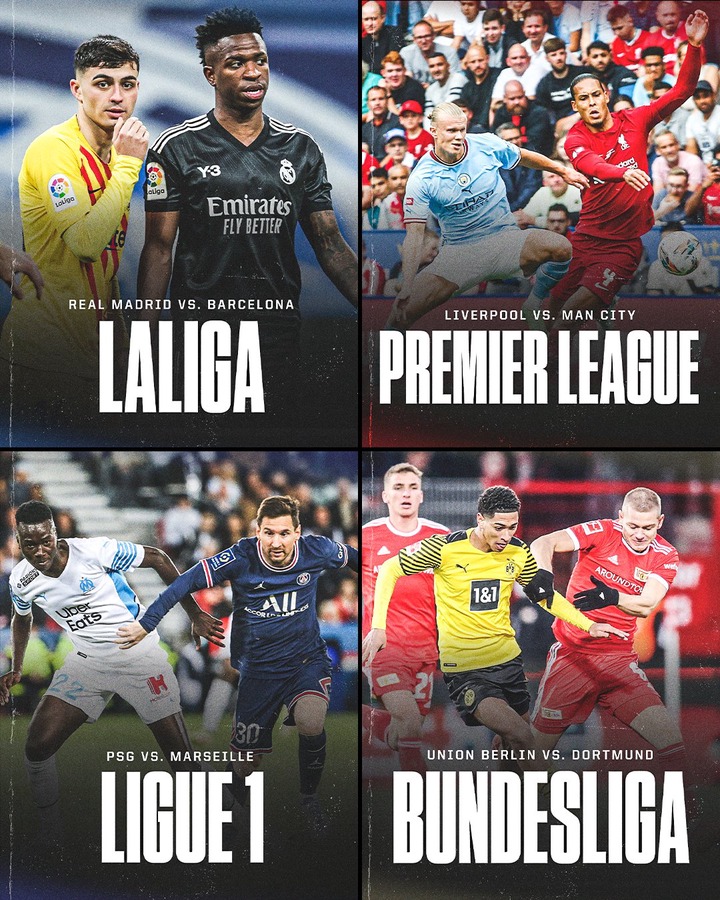 Starting from the English premier league, Manchester United will be playing against Manchester City at the Etihad stadium on 2nd October 2022.

After this game, Manchester city will again play against Liverpool on 8th October 2022 at the Anfield.

In the Spanish premier division we have Fc Barcelona playing against Real Madrid in the EL Classico on 16th October 2022 at the Santiago Bernabau.

In the French league one, Paris Saints German will also be pls against Olympic Marseille on 8th October at the Parc De Prince.

In the German bundesliga, the current league leaders Union Berlin will also be playing against Borrusia Dortmund on 2nd October 2022.

So these are the upcoming big fixtures from the various European league centers.