Today's edition of football transfer news around the world

By KingdomV (self meida writer) | 14 days

Good Morning and Welcome to today's edition of football transfer news around the world. 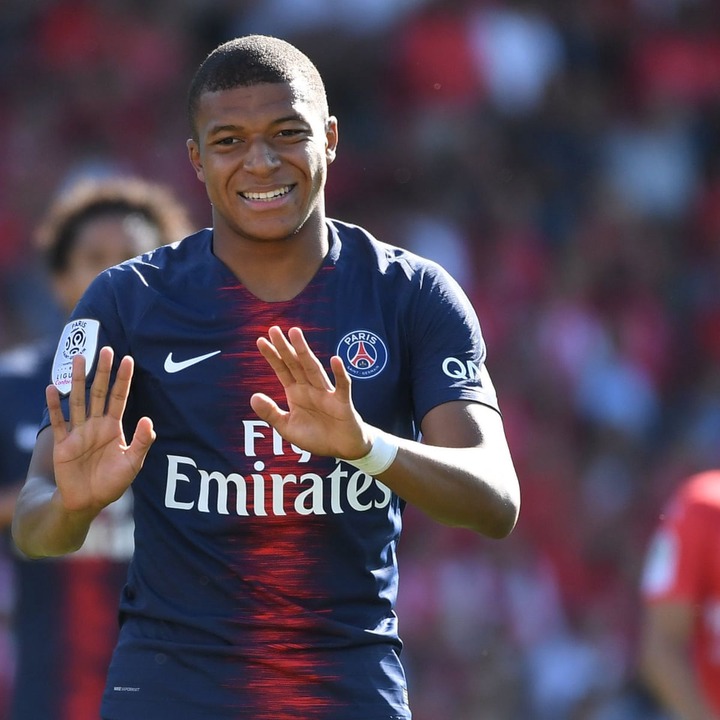 Alexander Ceferin (UEFA President) to RMC Sport: “Florentino Perez doesn't want a president like me? That pushes me even more to stay. He wants a president that would obey him and do everything he wants.”

Juventus CFO Fabio Paratici insists the Super League was a good idea and adds: ‘Everyone said something about the matter, but I wouldn’t discuss medicine with a doctor.’

The FIGC President Gabriele Gravina said Juventus, Milan and Inter ‘cannot be sanctioned for an idea that has not materialised’.

Paolo Maldini to Sky: “I’m the director of AC Milan and I didn’t know anything about the Super League project. I want to say sorry to the fans again. There was confusion. Sport is about dreams and meritocracy: we have to take this as a lesson”.

Brazil midfielder Willian, 32, says he has ambitions to play in the United States, but only after he has won something with Arsenal

Barcelona still haven’t abandoned the Super League project according to Mundo Deportivo, despite losing the vast bulk of the initial 12 founding clubs. Barcelona entered the Super League as they saw it as an attractive competition, and that it bestowed greater economic resources to the clubs involved. Barcelona intend on embarking, alongside Real Madrid, on a period of reflection on the competition’s viability, and decide what the next steps to take are.

"I don't see a future for FSG at Liverpool after this." Carragher believes there is no way back for Liverpool's owners after Jurgen Klopp, the playing squad and club legends spoke out against the breakaway Super League.

Former Barcelona president Josep Maria Bartomeu led Super League talks for several years during his time with the club, with the Blaugrana joining Juventus, Real Madrid, Manchester United and Arsenal as leading teams in a five-year push to form the new competition.

Tottenham Hotspur have made contact with Athletic Bilbao's 55-year-old Spanish manager Marcelino as they sound out potential candidates to succeed Jose Mourinho, who was sacked on Monday.

Manchester City midfielder Fernandinho has expressed his delight at the collapse of the Super League, saying its demise means "football wins".

AC Milan director Paolo Maldini to Sky: “I have never been involved in the discussions concerning the Super League, I’ve see the news on Sunday evening with the statement of the clubs. The owners decided and not me. Despite this, I want to apologize to the fans”.

Phil Foden's performance on Wednesday in the 2-1 win at Aston Villa underlined his massive growth, according to Manchester City manager Pep Guardiola, who says the 20-year-old is becoming a "serious player".

Manchester United superstar Bruno Fernandes has articulated just how important Paul Pogba has been to his development at Old Trafford. “I think when you play with the best, your best comes out also. For me, playing with Paul, it’s playing with one of the best players in the world. So I think the best of me comes out and it’s helped me to have those kind of qualities.

"The legal view: The Premier League has many options, ranging from possible fines to sporting decisions. The challenge for them is to come up with a punishment that is proportionate."

Mauro Icardi was happy to score a hat-trick for PSG on Wednesday, during what he admitted has been a "complicated" season.

Florentino Perez to El Larguero: “It's impossible to make signings like Mbappé and Haaland - in general, not for Real Madrid - without the SuperLeague”.

Barcelona have started talks to sign Netherlands striker Memphis Depay in the summer, when the 27-year-old's contract with Ligue 1 side Lyon runs out.

Boris Johnson's most trusted aide told the United Arab Emirates Manchester City's participation in the European Super League would damage the country's relationship with the UK.

Tottenham Hotspur have come from behind at half-time to win as many Premier League games under Ryan Mason as they did in 14 instances under José Mourinho (W1 D2 L11).

Manchester United and Liverpool are in discussions to play each other in two pre-season friendly matches, which would help with preparations for the return of fans to Premier League games next season.

Florentino Perez: “Nobody has yet paid the penalisation fee for leaving the Super League. We are almost all still in this, they have not officially left yet..”

Conspirator clubs were signing up to UEFA's Champions League plans at the same time their lawyers were filing for a trademark to enshrine the European Super League in law.

Son Heung-Min has scored five goals against Southampton in the Premier League this season, the most by a player against an opponent in a season since Mohamed Salah scored five in 2017/18 vs Watford.

Florentino Perez: “Sergio Ramos has not signed a new contract as of today - and I don’t know why. I love Sergio as a son. But the situation is what it is. He knows it, and so do I”.

Didier Deschamps will announce his France squad for EURO 2021 on 18th May - less than 1 month to go.

Boss Pep Guardiola urged Manchester City to focus on the Premier League title chase after insisting their controversial chapter with the Super League is closed.

Florentino Perez: “If we don't sign Mbappé this summer, I don't think any fan will shoot himself in the head. They know we're doing our best, and if things don't happen, it's because they're impossible."

Steven Gerrard refused to point the finger of blame at Kemar Roofe for the late lapse that allowed St Johnstone to snatch a point in Perth.

Borussia Dortmund director Michael Zorc to Sky: “No matter where we end up, Erling Haaland will continue to play with us”.

Introducing a '50+1′ rule in English football could help repair the divide between clubs and their fans, representatives of fan groups in Germany have said. Rules in Germany's Bundesliga mean that clubs are only allowed to take part in the league if commercial investors hold no more than a 49 per cent stake in their ownership.

Alex Sandro’s career first brace and a Matthijs de Ligt header got Juventus back on track after a thunderbolt Gaston Brugman free kick put Parma ahead.

Only Kevin De Bruyne (24) has been directly involved in more goals in all competitions for Manchester City this season than Phil Foden (23 - 14 goals, 9 assists).

Genoa forward Goran Pandev congratulated Inter coach Antonio Conte with his year at San Siro. ‘I hope this year is a good year to win the Scudetto’.

Florentino Perez: “I can’t imagine Real Madrid without Zinedine Zidane as a manager. And no, it’s not true that I was ready to sack him after our match again Shakhtar in UCL group stage”.

Juventus coach Andrea Pirlo admits Cristiano Ronaldo could no longer be in the wall for free kicks, but he defends the Super League idea. 'Something has to change.'

Antonio Conte was pleased with Inter’s performance in the 1-1 draw with Spezia, but while he calls for ‘meritocracy’ after the Super League fiasco, he also urges UEFA to ‘reflect’ on sharing resources better.

Milan coach Stefano Pioli said ‘nobody can have doubts about Paolo Maldini’s moral integrity’ and said the Super League controversy ‘didn’t affect’ the match against Sassuolo.

Inter CEO Beppe Marotta said COVID had brought ‘wages to 70 per cent of the turnover’ and thus the Super League was a project ‘in light of the difficulties’.

Bad News For Ghana As Disqualified From 4×100 World Relay