By FreshGist.gh (self media writer) | 15 days ago

The tall lanky defender for Asante Kotoko just terminated his contract because of uncultured lifestyle from the management of the club.

The players played an integral role in the match against Hearts of Oak and their African campaign last season. The Sunyani boy got the support from his home loved fans.

Which the player got himself to be blamed just because of Hearts of Oak goal by Afriyie Barnieh that got the winner for the team in that rivalry. Habib was one of the competent players in the camp of the Kotoko team.

He was considered to be one of the clear and critical players who showed his versatility on the field of play as they face any opponent.

Coach Marriano Barreto played the young player in the defensive midfield position as a six regista. His is the same way coach Boadu is using Caleb  Amankwah to achieve his results.

The performance of the player can never be underrated in the Kotoko lineup. Making his absence felt by the club in all manner of life.

Been at the back he plays very solid and compact with his partner. This are the reasons why Habib is the best choice for the Phobians.

But the main point for allowing the player to go freely from he club has to do with his conduct and character as a player who have not been best for the club.

He has committed so many nonchalant behaviours in his decision to beat up coach Johnson Smith after the young man was changed from the game.

Moreover, he gang up to beat a fan on the streets and pub of Sunyani.

Where he got into a heated argument with some unknown peoples at the day he was enjoying his birthday. Which got the bar attendant injured with a glass thrown at him.

After all the investigation, it came out truly that he wasn’t the culprit and have apologise to the fans out there. 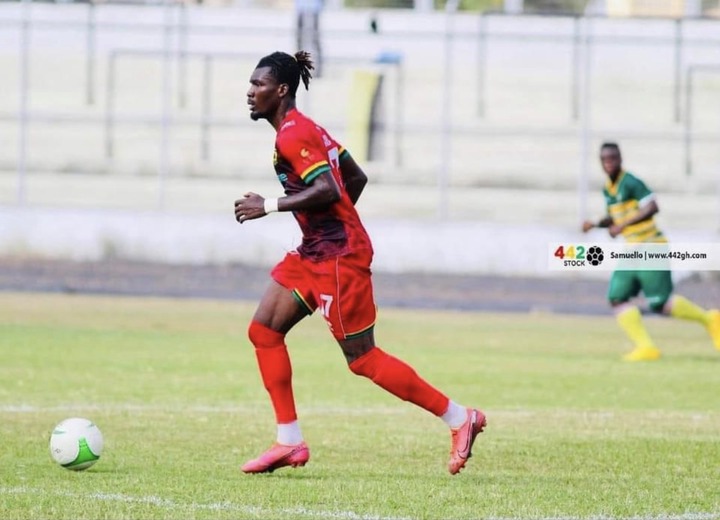 But the club Asante Kotoko sees everything wrong with what the player did and can’t work with the player any more but to terminate his contract.