Fabinho and Diogo Jota helped Liverpool stay on top of the table with a clear victory over Watford.

By OniyedikachiNwinyima (self media writer) | 4 months ago 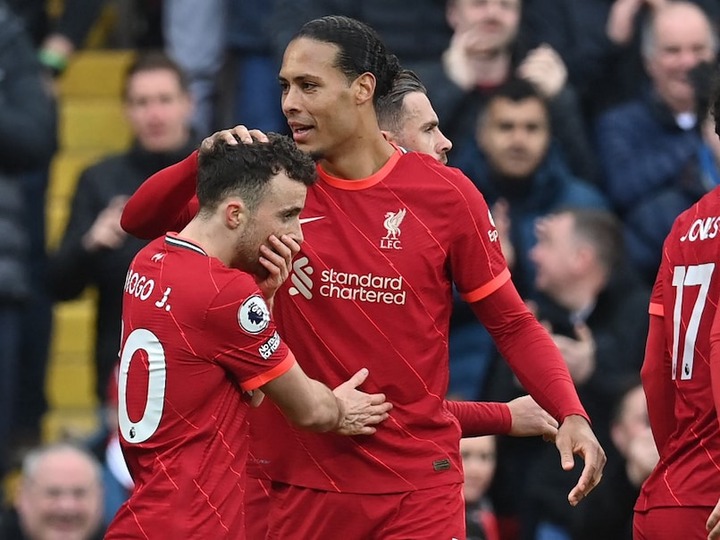 The first half was a well played fourth-five minutes by both teams struggling to win a goal for themselves. Samir attempted to introduce the first goal of the game but sent it dengerously over the goal in the first half. Liverpool kept pressing to host the first goal of the match, which later succeeded with a quality crossing by Joe Gomez after Henderson's pass and Diogo Jota anticipated the goalkeeper to head and sent the ball into the back of the net in the twenty-two minutes of game played in the first half.

After the goal, Liverpool kept gaining the favor of game by controlling the match with majority possession. Rebertson tried to shoot, but the ball was deflected by Matip in the middle and left to Jota, who beat the goalkeeper. Joe Gomez pulled Joao Pedro in the midfield and stopped a counterattack, fouling him and getting a yellow card in the fourty-two minutes, which later came to the end of first half with Liverpool on the lead. 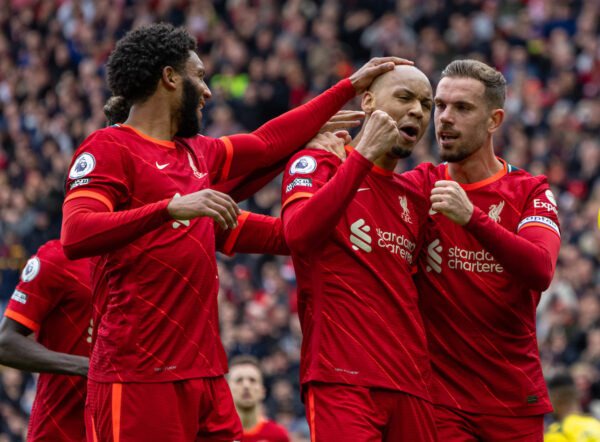 The second half started with Firmino making the first touch for the ball to start rolling. The match still 1-0 with Liverpool on the lead with many attempt to bring in the second goal of the game, when Start received the release on the left, dominated in the area and found Joao Pedro in the middle, but he shot hard to the left side of the net but fail to get in the net.

A miracle happened in the fourth-fourth minutes with a hit by Fabinho into the right corner, with no chance for Foster, increasing the score to make it 2-0 which lead the final score of the match to help Liverpool stay on top of the table.