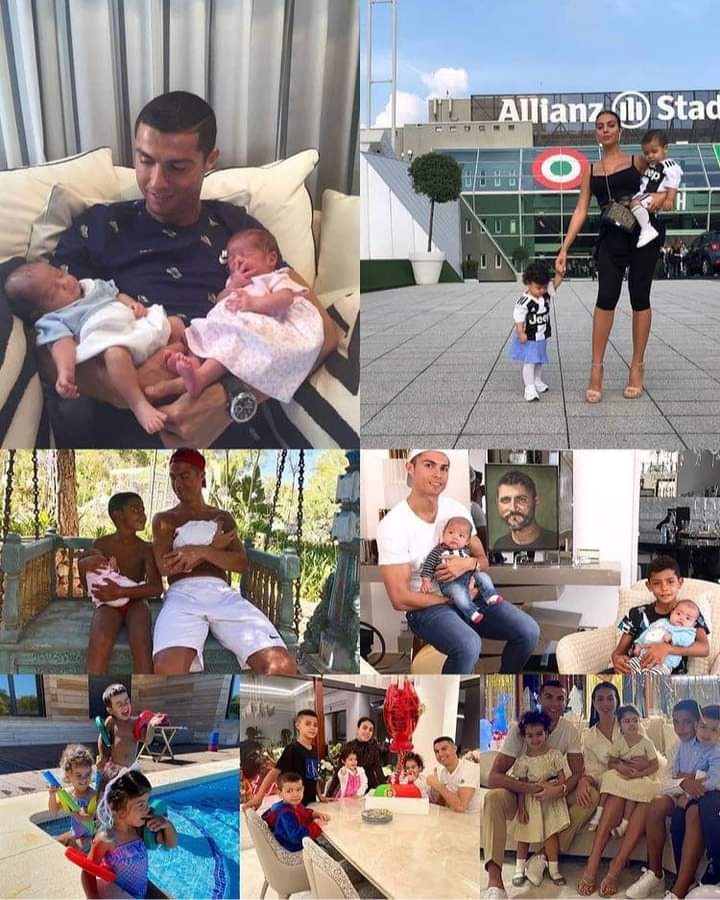 Christiano Ronaldo dos Santos Aveiro was born in SAO Pedro, Funchal, on the Portuguese island of Madeira, and grew up in Santo Antonio, Funchal. He is the fourth and youngest child of Maria Dolores dos Santos Viveiros da Aveiro, a cock, and Jose Dinis Aveiro, a municipal gardener and a part - time kit man. His great grandmother on his father's side, Isabel da Piedade, from the island of SAO Vicente, Cape Verde. He has one older brother, Hugo and two older sisters, Elma and Lilliana, his mother revealed that she wanted to abort him due to poverty, his father alcoholism and she has too many children already, but her doctor refused to perform the procedure. Ronaldo grew up in a Catholic impoverished home, sharing a room with all his siblings.

Ronaldo made his senior international debut for Portugal in 2003 at age 18, and has since earned over 170 caps, including appearing and scoring in ten major tournament, becoming Portugal's most capped player and his country's all time top - goalscorer. He scored his first international goal at Euro 2004 where he helped Portugal reach the final and assumed full captaincy of the national team in July 2008, in 2015 Ronaldo was named the best Portuguese player of all time by the Portuguese football federation. The following year he Portugal to their first triumph in a major tournament by winning Euro 2016 and received the silver boot as the second top scorer of the tournament. 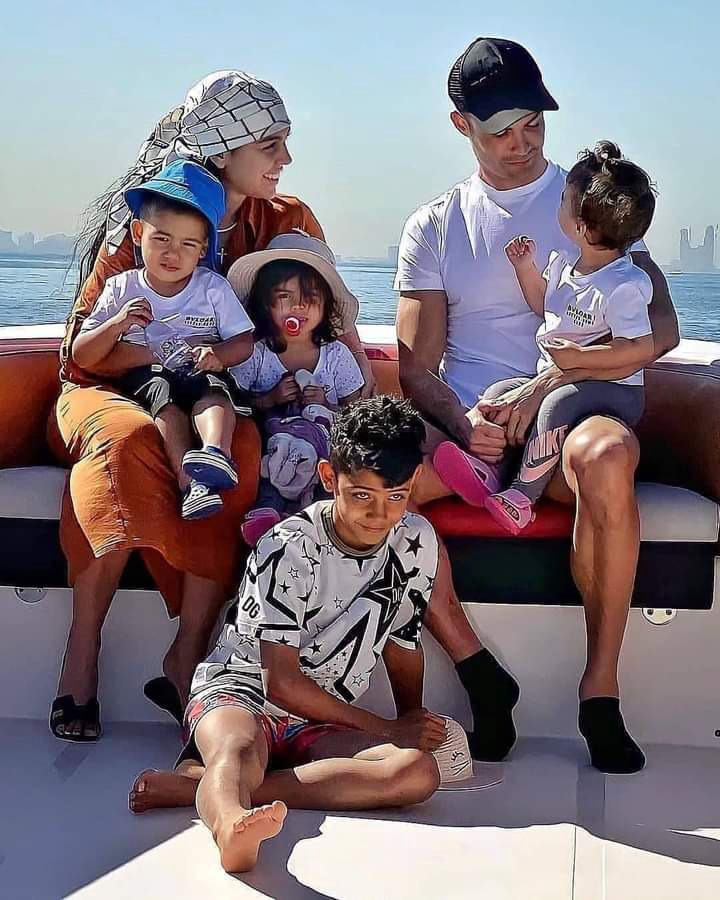 Ronaldo has four children. He first became a father to a son, Christiano Jnr, born on 17th June 2010 in the United States. He stated that he has full custody of the child and he would not be publicly revealing the identity of the mother as per agreement with her. In January 2015, Ronaldo revealed his five years relationship with Russian model Irina Shayk had ended.

Ronaldo then became father to twins, daughter Eva and son Mateo, born on 8th June 2017, in the United States via surrogacy. He is in a relationship with a Spanish model Georgina Rodriguez, a former shop assistant. Who gave birth to their daughter Alana Martina, on 12th November 2017.

Today i am going to show you the happy moments of Ronaldo and his beautiful family in pictures. 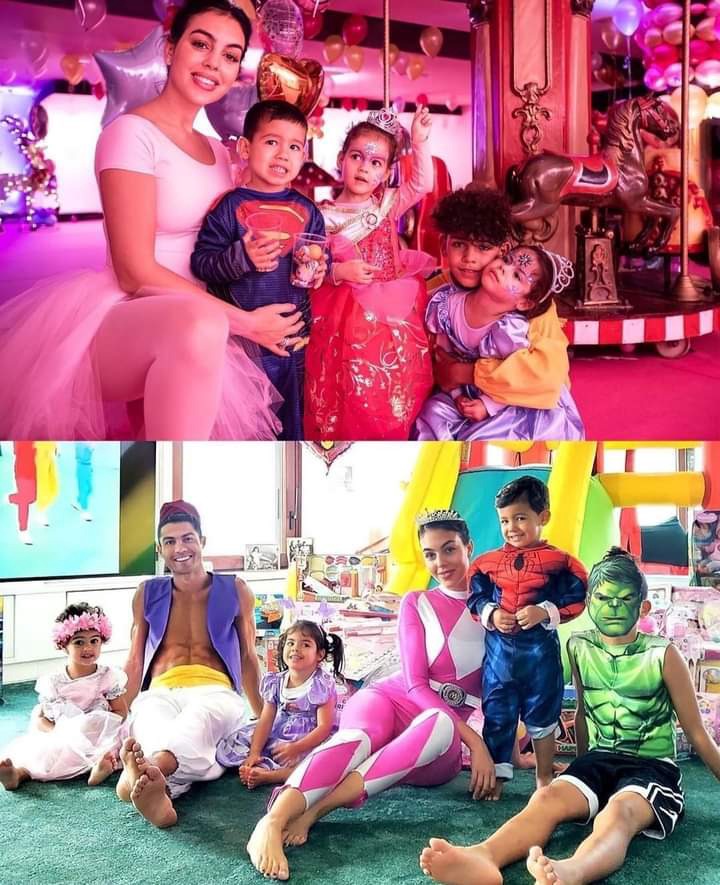 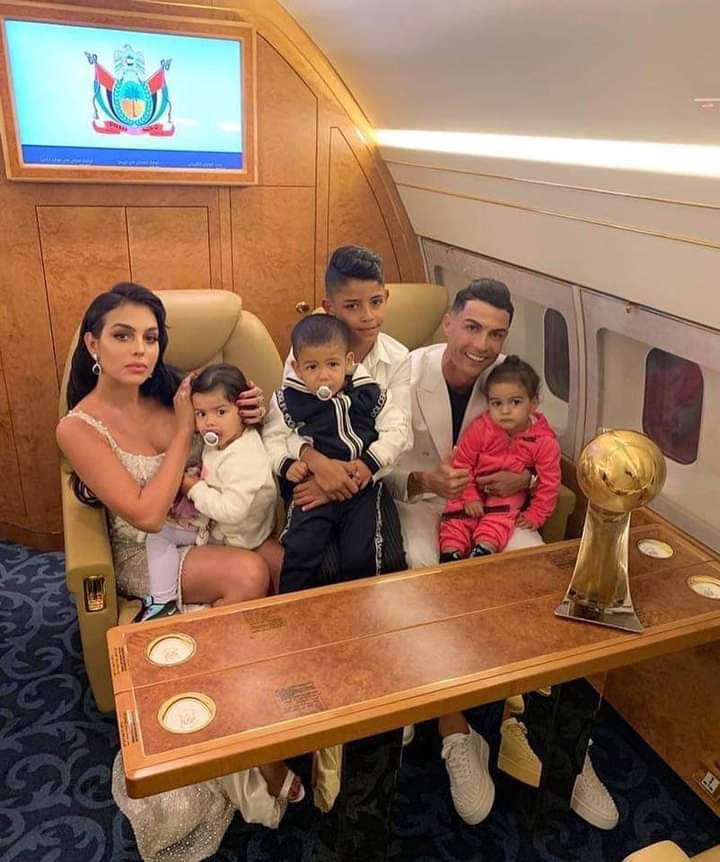 Content created and supplied by: Gee18 (via Opera News )