By adsamuel (self media writer) | 4 months ago

Kylian Mbappe has returned to Paris Saint-Germain, following his extended break after Euro 2020, as he looks to get his pre-season preparations underway.

Chelsea continue to keep an eye on Presnel Kimpembe and may sense an opportunity to tempt the PSG defender to London should his playing time and squad role change following the arrival of Sergio Ramos, according to L'Équipe.

Paris Saint-Germain have officially unveiled Georginio Wijnaldum as their latest summer signing after the midfielder left Liverpool as a free agent.

Georginio Wijnaldum has revealed he would love new club Paris Saint-Germain to add Manchester United star Paul Pogba to their midfield, as the Frenchman 'has it all'.

PSG goalkeeper Sergio Rico is attracting interest from various clubs including Besiktas but has yet to fully commit to leaving.

France striker Kylian Mbappe is set to reject Paris St-Germain's latest contract offer and has his heart set on a move to Real Madrid, despite the French club's pursuit of 28-year-old Manchester United midfielder and international team-mate Paul Pogba.

Memphis Depay spoke of his delight after he was officially unveiled as a Barcelona player at the Camp Nou on Tuesday evening. Depay: "I'm speechless right now. I'm afraid I'm going to ruin this presentation. Since my childhood I have been dreaming of playing for Barcelona and winning titles."

Joan Laporta took Memphis Depay's presentation as an opportunity to field questions about Lionel Messi contract extension. Laporta: "With the topic of Messi's renewal, in due course you will hear the news that we are all waiting for. Right now I cannot go into the details of the negotiations, I can only say that it is progressing adequately."

Ansu Fati is scheduled to return to training in around 3 weeks. If his knee responds well, his intention is to reappear against Granada on September 19th at the Camp Nou.

Lionel Messi's name has been removed from LaLiga's list of players as his profile page deactivated on the website.

Real Madrid have rejected Manchester United's first offer for Raphaël Varane. United's bid was €40m plus €5m as add-ons. Madrid want a fee closer to €70m, according to Diario AS.

Karim Benzema is back at Valdebebas with his team-mates; a contract extension to 2023 has been agreed with Real Madrid.

Barcelona foward Antoine Griezmann has told his teammates that he will stay at Camp Nou ahead of 2021-22 season.

Manchester City and Chelsea are interested in Barcelona prospect Ilaix Moriba. The player is not training with the first team and has not signed a new deal.

The Spanish FA confirms that Dani Ceballos has suffered an ankle injury. His situation will be assessed over the next 48 hours to find out the extent of the injury after limping off against Egypt in the ongoing Olympic games.

Gareth Bale returns to Valdebebas for the first time in the best part of a year to begin pre-season training ahead of the new campaign.

Borussia Dortmund have made significant progress in their negotiations to sign PSV forward Donyell Malen, according to Ruhr Nachrichten.

Everton announced the signing of 25-year-old winger Demarai Gray on a three-year contract until 2024 for a reported €2m.

According to Italian Federation Medical Committee, Christian Eriksen will not be allowed to play for Inter in Serie A unless he has the heart-starting device removed.

Arturo Vidal is not in Simone Inzaghi's plans at Inter and that has caused Boca Juniors to rekindle their interest in the Chilean midfielder. Boca vice-president Juan Roman Riquelme will now look to open negotiations with the Nerazzurri.

Paulo Dybala’s agent is expected to meet with Juventus on Monday or Tuesday to discuss a new long-term contract.

The Italian Government has given the all-clear for stadiums to be open at 50 per cent capacity, but fans can only enter with a Green Pass proving their COVID status.

Theo Hernandez has indicated his desire to stay at Milan and both parties will hold contract talks.

According to Sky Italia, Atalanta have turned down Tottenham's first bid of €35 million plus €10 million bonuses for Cristian Romero.

Lazio have a 'rough agreement' to bring Julian Brandt to the club from Borussia Dortmund, claim Il Messaggero today.

Giorgio Chiellini’s contract expired on June 30, but his shirt is on sale in Juventus’ online store, while Cristiano Ronaldo doesn’t appear in the away kit launch.

Sky Sport Italia are confident the final details are being worked out, so Granit Xhaka can complete his transfer from Arsenal to Roma.

Captain of the senior national team of Ghana, Black Stars, Andre Dede Ayew joins Barcelona Legend Xavi Hernandez who happens to be the coach at Al Saad in Qatar. 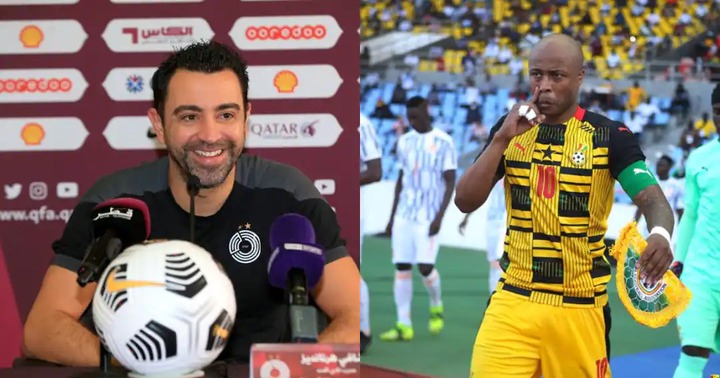 Keeping you updated with all the latest in World Class Sports.

Why don't you share this with your friends, families and WhatsApp groups as we have some adventure in sports together.

They Are Older Than Their Ages? Seven (7) Starlets Players Fail MRI Test In Latest Scan.