Armed robbers break into Sterling's house making away with jewelries and watches worth £300,000

By Shadow (self media writer) | 1 month ago

Raheem shaquille sterling born on (8 December 1994) is an English player who plays as an attacking midfielder and winger for Chelsea and the England national team.

Sterling was born in Kingston, Jamaica, spending his early twelve years over there. Nadine clarke,his mother,was a previous competitive athlete in the Jamaican national athletics team. At the age of two his father was murdered. At age five he moved with his mother to Neasden in London where he attended Copland school in Wembley and spent three years at Vernon House,a specialist school in Neasden. 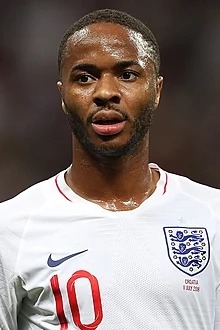 Reports claimed that Sterling travelled back to England after his home was barged by unknown armed men making away with valuable jewelries and watches worth £300,000 whiles his fiance Paige Milan and children was at home on Saturday night

Sterling is said to be shaken and concerned for the well-being of his children, and he has returned to the United Kingdom to be with his family.

England's coach Gareth south gate stated he isn't sure if sterling would return to Qatar for the rest of the tournament. He added, "He is dealing with a family matter. I had quite a bit of time with him this morning but I have had to pass that on to other people to help him with that,he will go and deal with that matter and we will have to take it from there."