By Shantievans16 (self media writer) | 3 months ago 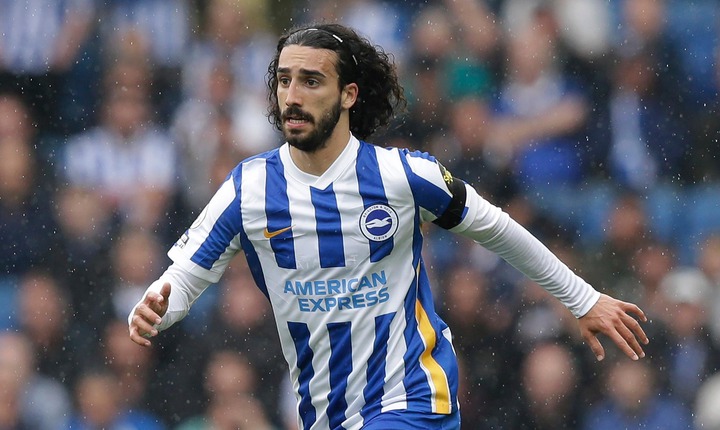 Marc Cucurella has generated as many opportunities as Mason Mount, who is apparently coveted by Pep Guardiola in a summer transfer raid.

The Premier League leaders have already strengthened their squad for next season, agreeing earlier this month to recruit Borussia Dortmund sensation, Erling Haaland.

Man City is willing to pay Brighton £30 million to bring Cucurella to the Etihad after impressing the Spanish manager with his performances at left-back and center-back this season, according to The Telegraph.

This season, City have been without their first-choice left-back Benjamin Mendy, who has been suspended while awaiting a rape trial.

And, while both Joao Cancelo and Oleksandr Zinchenko have done admirably in filling the void there this season, City still lacks someone who is at ease in the position.

Cucurella, a Barcelona youth product, has only been at the Seagulls for nine months after signing on summer deadline day last year.

However, the £15.4 million signings have already made an impression, starting every Premier League game this season and contributing one goal and one assist.

Cucurella has increased Graham Potter's offensive threat to the point where he has produced the same number of opportunities from open play as Chelsea's Mason Mount (38).

While Guardiola may be eager to add Cucerella to his squad, Brighton recognizes the value of having him on board.

"Since he's arrived here, he's been incredibly vital for us," Potter said following his side's 3-0 win over Wolves.

"He has a contagious charisma, and the guys adore him." Around the club, he has a cheerful demeanor, and on the pitch, he offers enthusiasm and quality."