Asante Kotoko coach Prosper Nartey Ogum resigned his position as technical head of the club on Wednesday, leaving a sore taste in the mouth of most of their supporters.

The sudden decision of the gaffer to quit his post after guiding the Porcupines to win the 2021/22 Ghana Premier League, GPL title, remains a mystery to many pundits.

However, there is more to this than the eye can see with some underlying conditions behind this decision.

Reasons for his resignation as coach of Ghana's most successful football club has emerged including those below.

1. Lack of respect from the club's management

Coach Prosper Nartey Ogum has not been happy with some of the treatment he has received from the management of Asante Kotoko after signing his contract some 10 months ago. Some promises made to him has not been fulfilled including the promise of giving him an apartment.

2. Rift with management over player selection

Coach Ogum was questioned on his choice of selection on several occasions with some management members accusing him of handing starting roles to some players ahead of Brazilian poster boy Fabio Gama.

Coach Ogum also felt the management have been backing some players like Stephen Amankona and Patrick Asmah after gross misconduct. 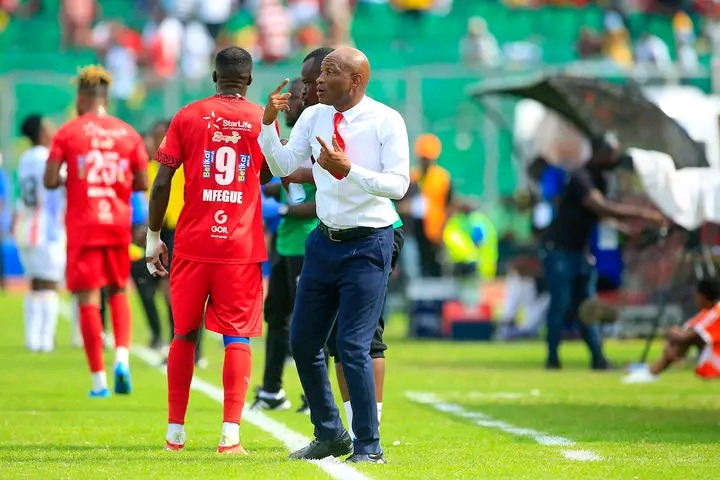 3. Lack of respect on technical issues

The former WAFA coach was not informed on the recent two-week trail of Mudasiru Salifu, Richard Boadu and Andrews Appau at Moldovan side FC Sheriff Tiraspol. He didn't sanction the move of Mudasiru Salifu to the European club.

The gaffer feels the club have been slow on the transfer market after issuing out his list of players to be purchased for next season and those to be put on transfer.

5. Failure of management to show up at father's funeral

No Asante Kotoko management member showed up at the one week funeral observation of the father of Coach Ogum who passed early this month. The gaffer took offense to this and complained bitterly about this to some management and board members.

6. Disagreement with the board and management after a meeting

The final straw that broke the camel's back was a disagreement with the board and management of the club at a meeting on Wednesday.

They could not come to compromise on a wide range of issues prompting Coach Ogum to tender in his resignation as helmsman of the club.