By McHebrewson (self media writer) | 2 months ago

On Saturday, both Bruno Fernandes and Cristiano Ronaldo might play against Newcastle. 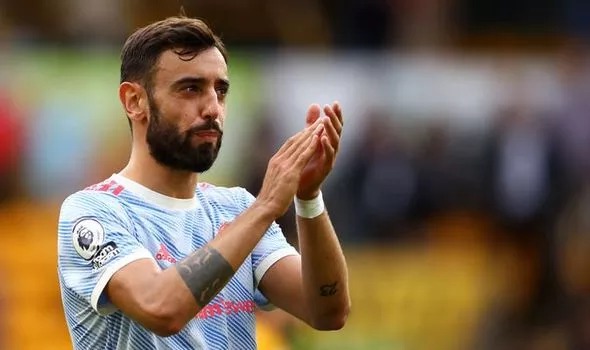 After Cristiano Ronaldo's sensational comeback to Manchester United, Bruno Fernandes has offered the inside scoop on his free-kick and penalty credentials. When the referee first signals to the spot for the Red Devils, all eyes will be on the Portuguese duo, as both players are capable in their own way at any set-piece. It's unclear who will be the top choice for either.

Fernandes rejoins United's team after completing his international break duties on Tuesday night, having won three of his three games with Portugal.

In the trio of games, he only scored once, coming off the bench against Qatar, but it was Ronaldo who dominated the headlines during the last two weeks.

He scored two late goals in Portugal's first match against the Republic of Ireland to steal the victory and set the all-time international goals record, which he still holds with 111. 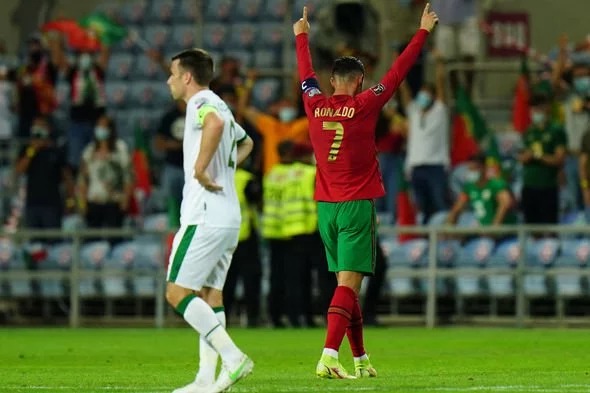 After training with his teammates at Carrington this week, the former Juventus star is set to make his second United debut against Newcastle.

“Free kicks are something I practice and I want to enjoy the satisfaction of scoring. “I would rather have free kicks than penalties.”

“When I was at Sampdoria, there was a coach who came to me and urged me to try it since it had worked successfully in the past,” he said of his unconventional penalty method, in which he jumps into the air before striking the ball.

“I started training that way, and it turned out to be the most effective technique to take a penalty.”

Finally, he remarked of Cristiano Ronaldo's arrival in Manchester: "What Cristiano has done in football for the previous 15 years is extraordinary, things that only he or Lionel Messi could do."

The arrival of Ronaldo must have been bittersweet for Fernandes, who will ultimately have to relinquish his role as Old Trafford's big man.

When the two play for the Portuguese national team together, Fernandes struggles to have the same effect - how this will play out locally remains to be seen.

United will definitely be less reliant on the offensive midfielder, which may result in fewer appearances for him, but the team's overall success is expected to increase.

While Ronaldo is a considerably more accomplished goal scorer in general, Fernandes hasn't put a foot wrong from the penalty spot or set pieces since he arrived.

Taking the ball away from either guy would take a bold person, though knocking Fernandes off spot-kicks would scarcely be justified until he commits a mistake.

United supporters may not have to wait long for answers, as their match against Newcastle is scheduled for Saturday afternoon.

Content created and supplied by: McHebrewson (via Opera News )