By OdehyebaQuodjo (self media writer) | 1 month ago

The European transfer window has opened some weeks ago and most teams have been busy on the market. With the English Premier League, teams like Manchester City, Liverpool, Tottenham Hotspurs and Arsenal have been very busy on the market making quiet impressive signings. Two traditional top four teams in the league, Manchester United and Chelsea have been very quiet on the market compared to their rivals in the league. Many have wondered why a team like Manchester United has not make any signing since the transfer window was officially opened despite being linked with many players. Finally, Manchester United has let the cut out of the bag, making their first signing of the season, as club statement confirms. 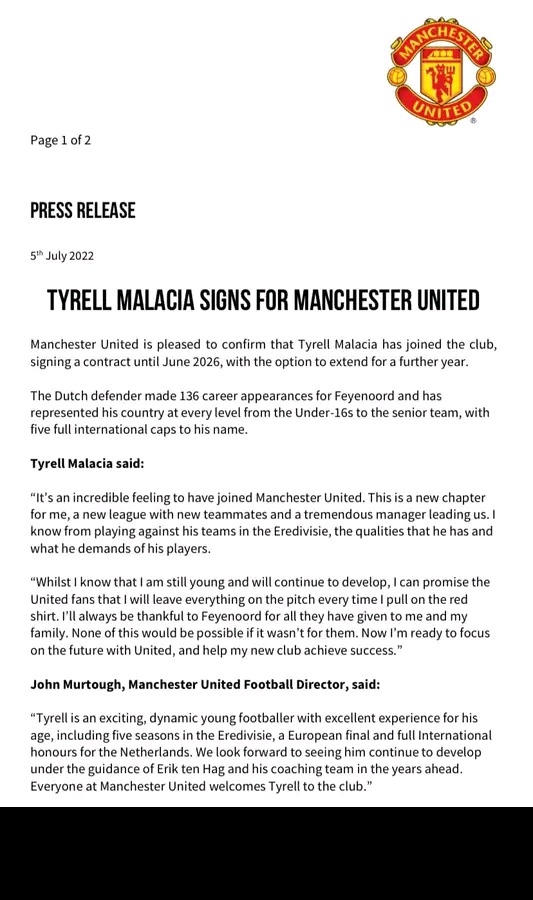 Manchester United has finally signed Tyrell Malacia,a Dutch and Feyenord left back. Malacia joined the Feyenord youth team at the age of nine and made his senior debut in December 2017. 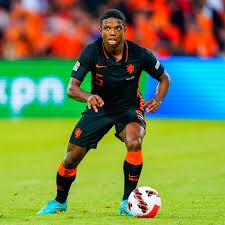 He was also a youth international for the Netherlands from before making his senior international debut against Montenegro in September 2021.

Finally, Tyrell Malacia will play in the 2022/2023 English Premier League.

Content created and supplied by: OdehyebaQuodjo (via Opera News )