With their 10 points lead at the top of the stairs in the ongoing National Division One League, DOL Zone Two, FC Samartex cannot be more thankful to their number one goalkeeper Lawrence Ansah.

The youngster has established himself as the best goalkeeper in the Zone so far this season as his side seeks to gain promotion to the Ghanaian top-flight league for the first time.

They lead former Elite Division campaigners Ebusua Dwarfs by 10 points after 21 matches and, are in pole position to take the soul ticket to the Ghana Premier League, GPL next season with nine matches to end the campaign. 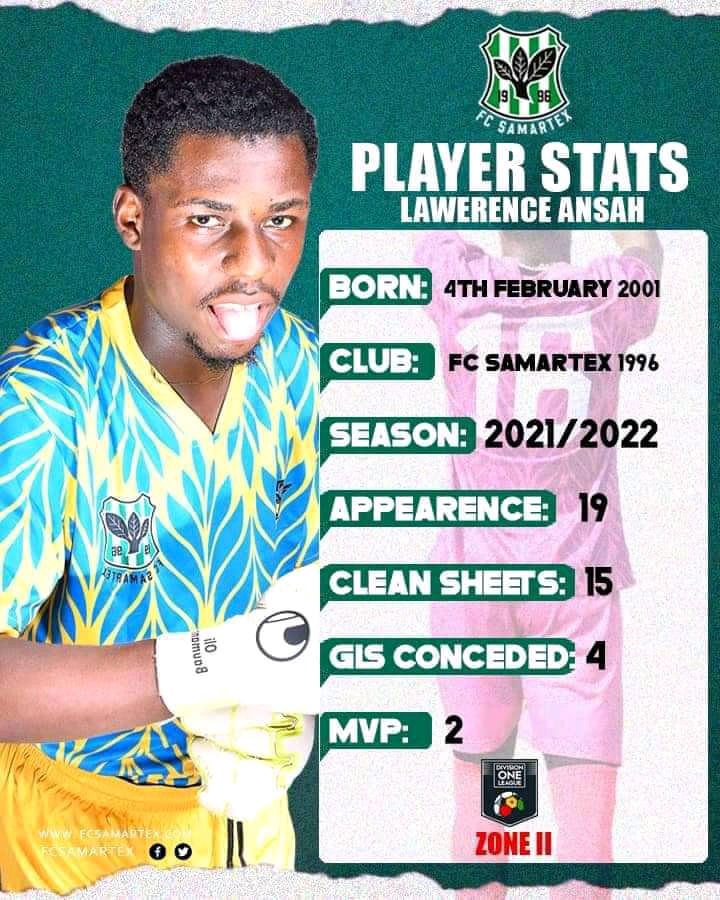 Ansah, has contributed a great deal to this success of FC Samartex with some amazing performances for the timber giants as they aim for the ultimate.

He has made 19 appearances for the Samreboi-based outfit this season, keeping 15 clean sheets in the process.

Ansah, 21, has conceded just four goals in the ongoing campaign as FC Samartex bid to win the contest in DOL Zone Two.

His performances has resulted in him winning two MVP awards in the 19 matches he has played for the club.

Ansah will look to build on this performance for the reminder of the campaign and, he will hope to cap it off with qualification to the top-flight league in Ghana next season.