Thomas Teye Partey is a Ghannian footballer who played for Atletico Madrid after joining them from Ghannian side Tema Youth. He was heavily linked to Arsenal football club some time ago.It a done deal,he completed the move to Arsenal,with Arsenal paying a whooping 45 Million Pounds for his signature.

Is It a good move,is it going to help him excell in the National Team?Let know you thoughts, in the comments section. 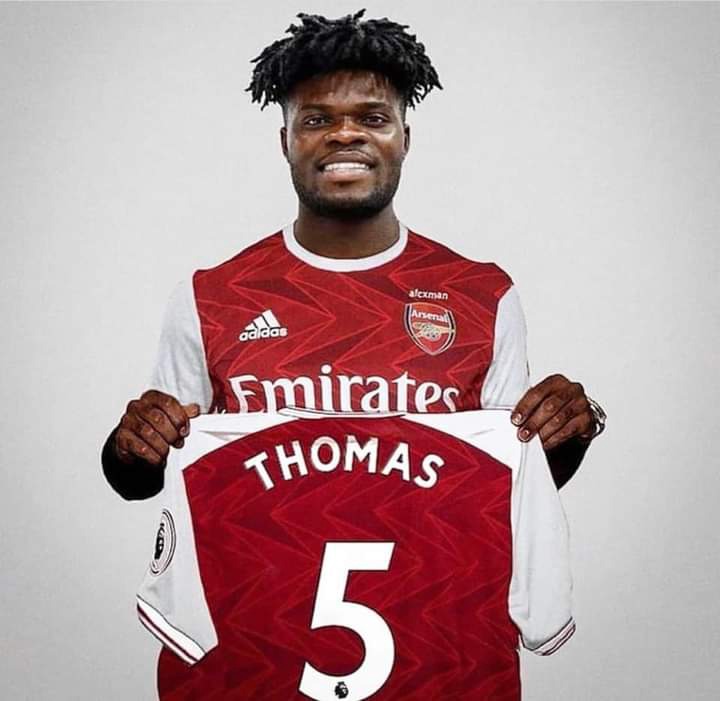 After joining Mallorca on loan from Atletico Madrid in the summer of 2013,a 20 year old Thomas Partey would always introduce himself with a smile and the phrase “I'm Thomas Partey” he would say “not fiesta!”.Fiesta means party in Spanish.He immediately endeared him to his new colleagues.Whenever our path crossed in the years after that,he would always say that same thing an laugh .Jose Luis Otra, Mallorca's manager at the time, chuckles down the phone.But it was partey's footballing ability that made the most lasting impression.

Thomas Partey wearing the Ghana National Team New Kits.Is he the next big thing for Ghana,Is he ready for the National Team?Let us know in the comments section.He is due to join the National Team in Turkey on Tuesday ahead of the double header friendlies against Mali and Qatar. 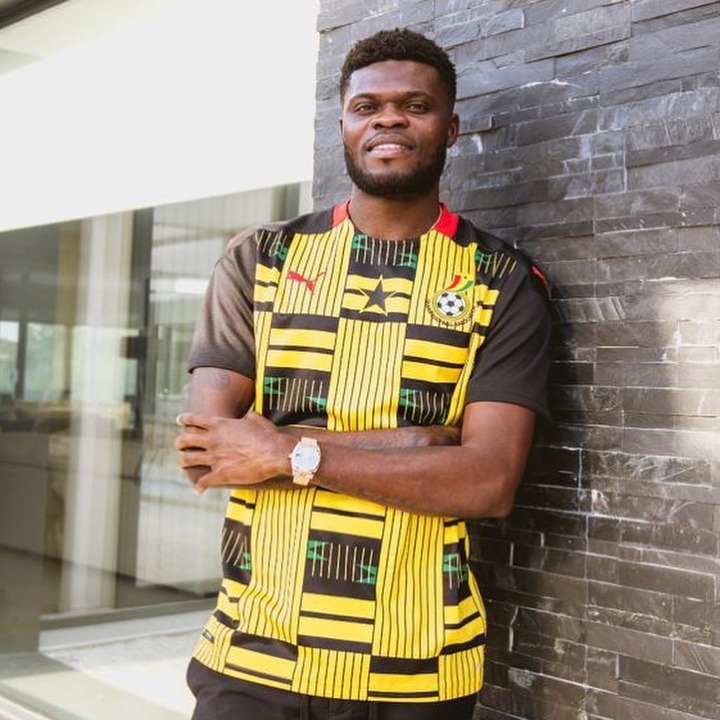 Until then, Partey had been playing for a side in Ghana called Tema Youth in the Ghana premier league,where he came to the attention of an agent named Jose Jimenez who offered to organize a trial for him at Atletico.Partey determined to seize the opportunity would later recall packing his bags and leaving without even telling his family.It was a leap of faith but he would not regret it.Partey signed for Atletico soon after his trail and before long he was excelling in thier academy.Atletico always have strong players in their Youth Teams.With hard work he was able to sail through to playing for Atletico's first team.He has been very consistent over the years, which saw teams like Arsenal running after his signature. 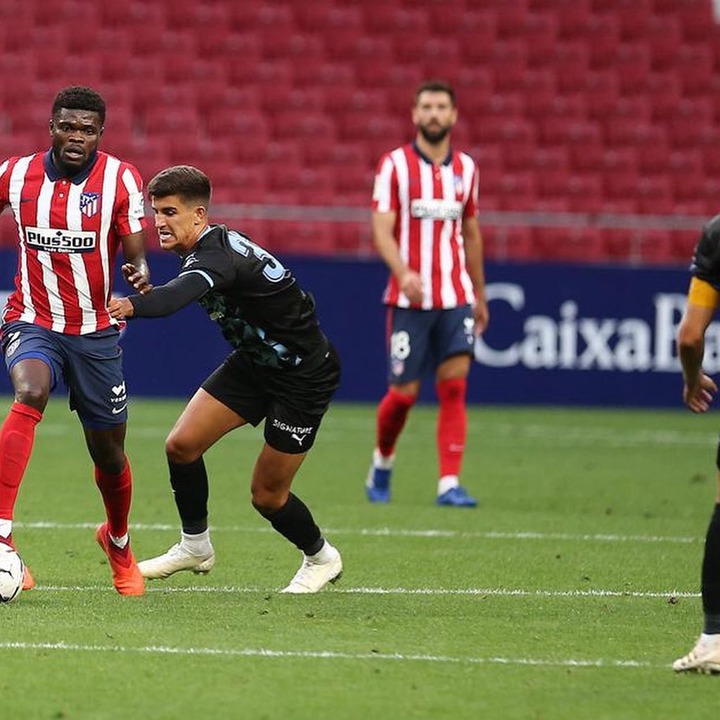 Thomas Partey posing with Mom on the gram.His mother has been very supportive of his carrier. 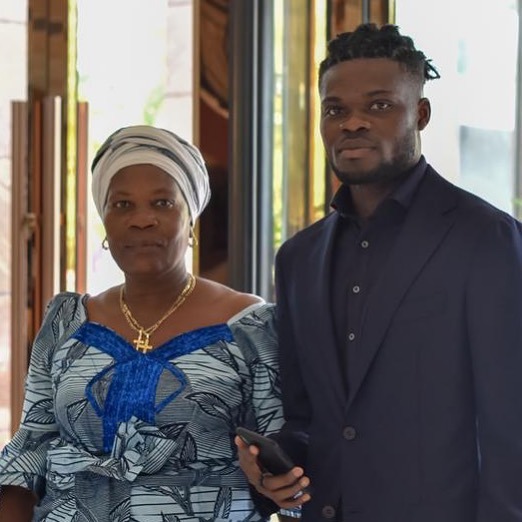 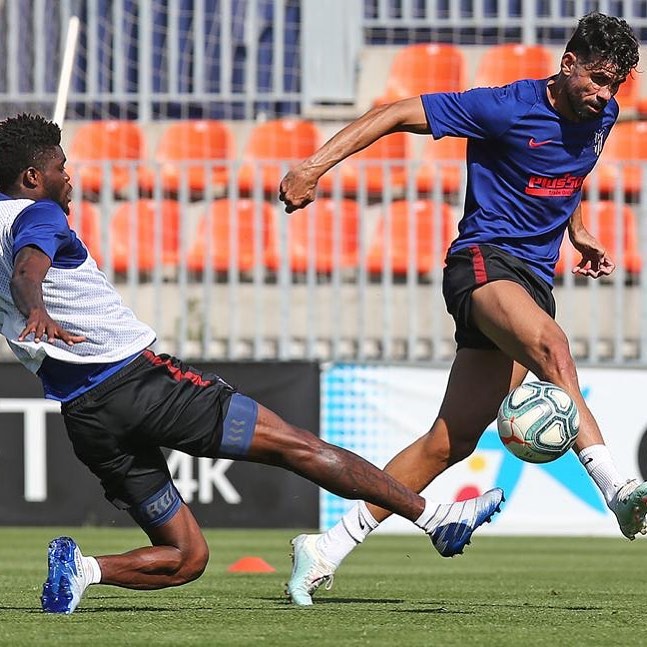 Thomas Partey in action for Ghana 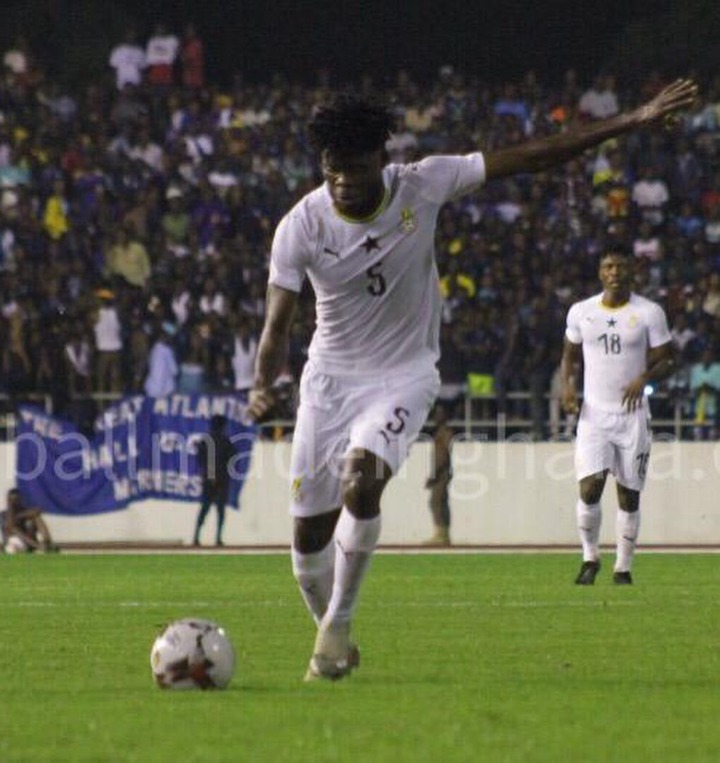 Take This Leave And Put It In Your Pocket, Take A Walk And Checkout What Happens