Daniel Amartey accused of being disrespectful by throwing away Chelsea's pennant

By Obviousaint (self media writer) | 6 months ago

An overly jubilant is in the news of what he has done following Leicester City FA cup triumph. 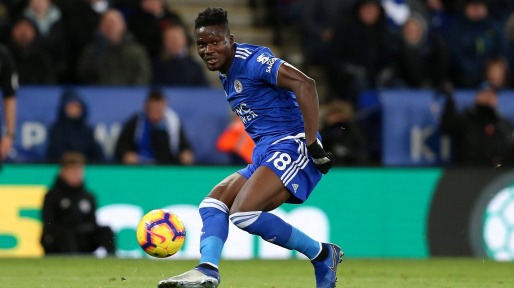 The Ghanaian as captured in a video trending on social media has been seen chucking a Chelsea pennant to the floor in what has been described as disrespectful by most observers.

Amartey was an unused sub as Leicester City edged the Blues in FA Cup final on Saturday. A superb goal by Youri Tielemans ensures a 1-0 victory for the Foxes who claimed their first FA Cup trophy.

Chelsea thought they had forced extra time with a late equalizer only to be denied by VAR as an offside.

In a post-match celebration, the camera captured Daniel Amartey carelessly throwing away the Chelsea pennant exchanged during the pre-match practices between captains of the two sides.

The action has been condemned by most football fans on social media and it remain to be seen whether this will trigger an apology from Daniel Amartey.

Content created and supplied by: Obviousaint (via Opera News )