Leeds United has misteriously trashed down Chelsea FC this afternoon. They defeated Chelsea by 3 goals to nil. Here are the highlights of the match.

Chelsea started the match in good form. They had most of the possession in the game but everything was just not going their way. Raheem Sterling located the net in the first half but it was ruled offside.

Leeds scored the first goal in the 34th minutes. Edouard Mendy tried to dribble the striker(Aaronson) in the 18 yard but the striker had the ball and played it into the net. The second goal was also scored by Rodrigo Morino. It was scored from a freekick. The ball was swang in and he headed it in the net. The last goal of the game was also scored by Harrison in the 69th minute. It was from a crossing. The ball came from the right side and he kicked it inside.

Koulibaly was sent off during the 84th minute. He was given a yellow card in the early minutes and was later sent off due to a hard tackle.

Chelsea really had a disasterous game this afternoon. 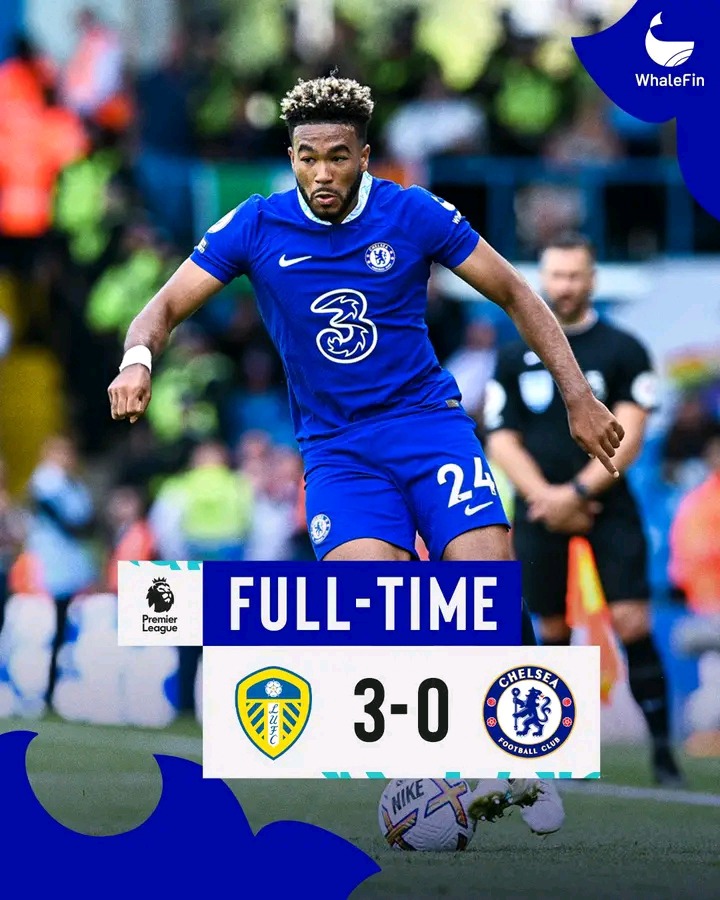 Content created and supplied by: Mike112 (via Opera News )