England laughed in the face of abuse from Hungary fans 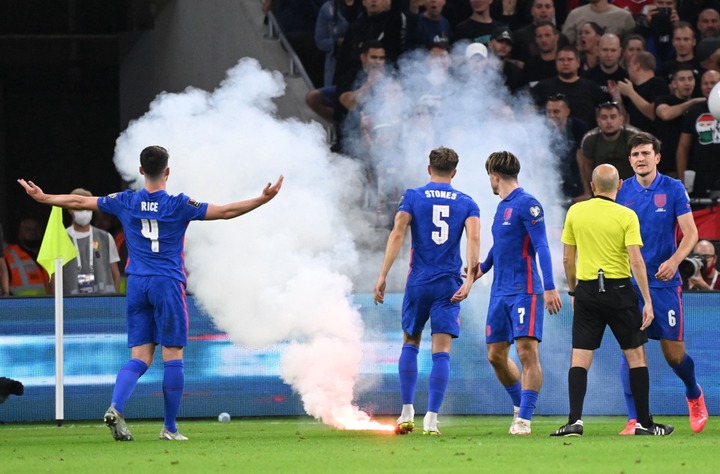 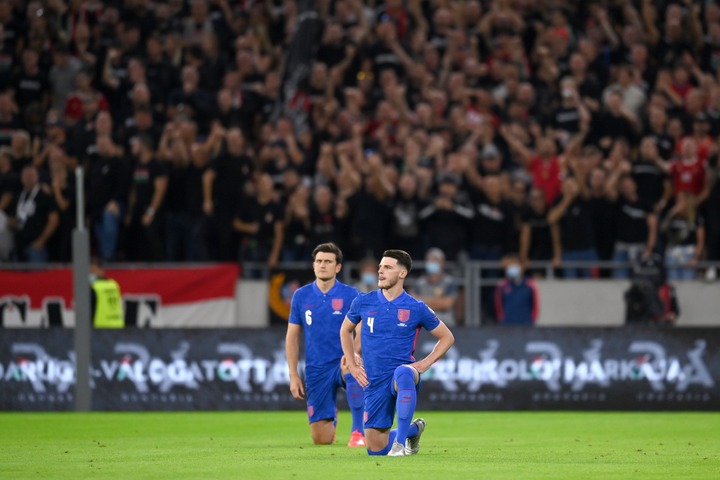 Britain put on a resistant showcase in Hungary even with booing, bigoted maltreatment and rockets tossed from the group.

The Three Lions won the World Cup qualifier 4-0, however the game was damaged by the activities of the unfriendly home allies in the Puskas Arena.

Those equivalent allies were endorsed recently for bigot and homophobic maltreatment during Euro 2020.

However, as Thursday night's down was under FIFA's locale, those fans had the option to pack into the stands and keep on mishandling footballers on the pitch.

The tone was fixed from the beginning as Gareth Southgate's side took the knee before start off and were noisily booed and scoffed.

The Three Lions stars are focused on proceeding with the motion before games, and the activities of those fans inside the Puskas Arena showed precisely why they continue doing as such.

Raheem Sterling put England ahead in the subsequent half and was pelted with objects from the stands, with Declan Rice and Jack Grealish tongue in cheek drinking from the cups.

There were additionally reports of monkey drones being aimed at Sterling and Jude Bellingham while a flare was likewise heaved onto the pitch.

They didn't allow it to influence them as Harry Kane, Harry Maguire and Rice all scored to make it 4-0.

"On occasion those England players were snickering notwithstanding the maltreatment from those Hungary fans," Durham said.

"Television have detailed that monkey drones were focused on Raheem Sterling as he played and Jude Bellingham as he heated up as a substitute. Those were heard from the Hungary fans.

"There were a plenty of cups that descended upon Raheem Sterling and possibly they felt incited by his top.

"His shirt was a recognition for a companion of his who had kicked the bucket, so there was nothing provocative at all.

"Rice and some different players were claiming to drink from the cups tossed at Sterling.

"Declan Rice was likewise imagined with his arms outstretched as though to say to the Hungary fans 'you are literally nothing, we are dominating this match and you don't mean anything to us'.

"A flare was tossed at England players too. One thing we do know, there will be much more repercussions on Hungary for this.

"FIFA should make a move after this. The direct of the England players was amazing around evening time."

Previous England winger Stuart Pearce, who was on analysis obligation for talkSPORT, added: "It was commendable. The exhibition on the pitch, the outcome, even with incitement, they behaved in a superb way as you would expect of our England public group.

"They set an incredible model in world football.

"You can't belittle Gareth Southgate's direction in this group."

It was an antagonistic climate in Hungary, yet England acted splendidly

Britain striker Kane conceded he didn't hear the bigoted maltreatment, yet trusted assents would be made.

Talking after the game, Kane said: "I didn't hear that," he told ITV. "I'll converse with the young men and check whether they heard any of it.

"See, we'll need to report it to UEFA as the guidelines with it. Assuming it's the situation, ideally UEFA can descend solid."

Show It Out CEO Tony Burnett additionally asked FIFA to examine the matter as an issue of earnestness.

"Show It Out was dismayed to see the activities of Those Hungary Fans," he said

"We stand gladly on the side of the England players and staff, who indeed acted with strength, effortlessness and honesty notwithstanding prejudice that is not welcome in our game or our general public.

"This isn't the main episode like this in Hungary, so we ask FIFA to explore this matter critically.

"Those capable should be considered responsible and steps should be taken to guarantee scenes like (this) are not rehashed."

Content created and supplied by: Richard_001 (via Opera News )