By Abdul-Jalilu (self meida writer) | 8 days 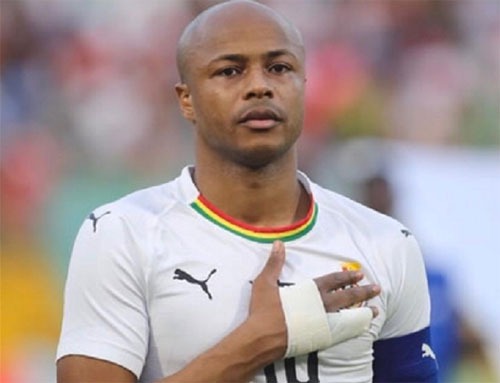 Black Stars skipper Dede Ayew has ended his marriage with Championship side Swansea City. As a free agent, host of clubs will be running after the signature of the son of Abedi Pele. Dede Ayew is faced with the decision to choose a club that will suit his ambitions, that is, a club that has the ability to win a silverware or makes giant strides towards glory.

It must be emphasized that, in as much as it will be heartwarming to see Black Stars captain play in a competitive league in Europe, not all the top European leagues stand to aid his career progress.

Signing for a club in the Premiership will be favorable for Dede Ayew. With a previous taste, making a return into EPL will not be of much worry and demand for the 31 year old. He will adapt swiftly, deal with the pressure that comes along within an expected period. At this point in his career, Dede Ayew will easily make way into Premiership without having to wander in his next destination.

Another favorable destination for Dede Ayew is the Spanish La Liga. La Liga is noted for attractive style of play. Most clubs focus on having the ball than unleashing cynical  and career threatening tackles on players. Dede Ayew, per his style of play, could walk into La Liga in an appropriate manner. Beyond 30 years, the league will provide him the platform that will require him to burn lots of energy. To avert a worrying situation by way of injury, which could become niggling, the Spanish La Liga will not be out of place if he signs for a club.

Germany is another neighborhood that can be of help to Dede Ayew. The league is known for its direct approach to football. He can make few years of contribution to any club that comes for his services. He can offer options in attack and can withstand the demands of the league.

On the contrary, a league such as Italy may not offer much benefit to Dede Ayew, on the basis that, the approach of the league is physical and creates room for injuries. He could find it extremely difficult to thrive, per his strength and the style of play.

Even though Dede Ayew has played in France years back, the next move should not land him in that league.