Tottenham have hijacked Chelsea and Manchester United move for Senegalese wonderkid, Pape Matar Sarr, who has been heavily linked with a move out of Ligue 1 outfit, Metz. The versatile teenager joined Metz from Senegalese based club, Génération Foot in 2020 and didn't take too long to get into Frédéric Antonetti's first eleven. Sarr caught mammoth attention in the 2020/21 season where he made his league debut and went on to impress with his amazing midfield abilities.

The defensive midfielder featured 22 times and proved competent and adept in other midfield positions like the central and attacking midfield. Chelsea and Manchester United were among the top European clubs to register interest in the 18 year old, however Tottenham Hotspurs have emerged surprise frontrunners and set to hijack the move. 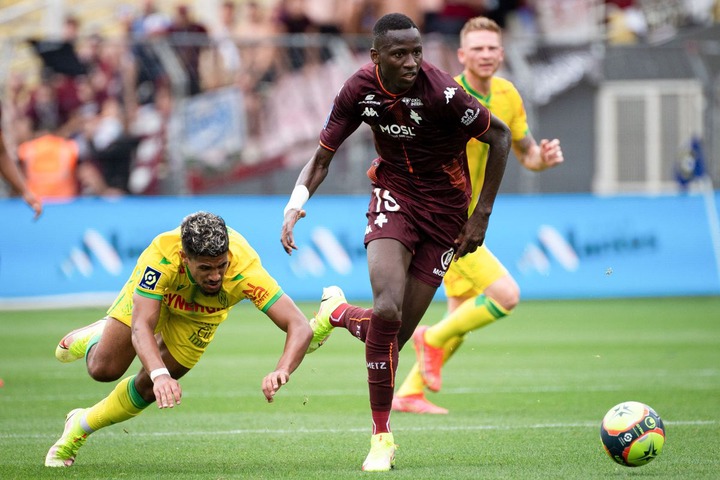 According to Fabrizio Romano, the deal has made progress in the last few hours and a bid has already been submitted with Spurs waiting for a feedback from Metz. Tottenham recieved a major blow yesterday after their star midfielder, Tanguy Ndombele told the club he no longer wants to stay at the club.

The French midfielder claims he's not happy with his limited first team opportunities and has told the club to listen to offers for him as he's desperate to leave the club before the transfer window closes. On this background, Spurs are keen to wrap the deal for Pape Sarr and bestow Ndombele's void on him if he eventually leave.

Sarr's midfield versatility could be of immense help to Nuno Espirito Santo and would adapt to the team style quickly.