The African Cup of Nations is the biggest team trophy that any football country can win in Africa. At the same time, the African Footballer of the Year is the most prestigious individual trophy that any African footballer can win.

Legends like Rashidi Yekini, Didier Drogba, Eto’o, Yaya Toure, Victor Ikpeba, Kanu Nwankwo, and the likes have all been named best footballers in Africa at one point or the other.

It is shocking to note that some gracious footballers have simply been ignored when it comes to rewarding them rightly as the African footballer of the year after having a successful season/ calendar year football-wise.

Also, in the same light, some African footballers have never been on the winning side with their country when it comes to the African cup of Nations.

We bring to you a list of the best African footballers never to be crowned king of Africa and/or win the African Cup of Nations.

Cameroon did complete a clean sweep of the CAF African Footballer of the Year Award at the start of the new millennium in 2000, although, on a personal note for Lauren, he was not the one that clinched the big prize. He lost out to his fellow countryman Patrick Mboma, whilst the young Eto’o finished 3rd.

While playing for Arsenal, he won several trophies and is known as one of the ‘Invincibles’, a title given to the Arsenal squad in 2004 after they went undefeated in the 2003–04 season and won the Premier League title.

He also won an Olympic Gold Medal at the 2000 Sydney Olympics and two Africa Cup of Nations titles in 2000 and 2002 with Cameroon.

Lauren announced his retirement from international football at the age of 25, having accomplished many great things. Kolo Touré joined Arsenal in 2002, where he made 326 appearances for the club and was a member of the 03–04 ‘invincibles’ side. In 2009, he moved to Manchester City, where he was joined a year later by his younger brother, Yaya Touré. The pair helped City earn its first league title in 44 years. He is one of the eight players who have won the Premier League with two clubs, having won it with Manchester City and Arsenal. He also won the Scottish Premiership and Scottish League Cup with Celtic.

Playing for the best clubs in England like Arsenal, Manchester City and Liverpool never helped Kolo Toure’s course in the CAF African footballer of the year award. 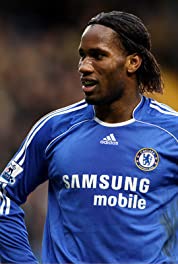 Perhaps Chelsea’s greatest player of all time, Drogba was the man for the big occasions. He won everything possible for Chelsea, the Premier League, FA Cup and Champions League inclusive. Still, for his country Ivory Coast, he was unable to deliver the African cup of Nations despite being the arrowhead of a golden generation of players that included Kolo Toure, Gervinho, Kalou, Yaya Toure amongst others.

Drogba failed at the African Cup of Nations finals twice, first to Egypt in 2008 and then to Zambia in 2012.

Many people still don’t understand why Kuffor was not named the best player in Africa either in 1999 or 2001 as he finished in 2nd place to Kanu Nwankwo and to El Hadj Diouf.

In 1999, just two votes separated the Ghanian defender from Kanu, while in 2001, Diouf polled 96 votes, while Kuffor polled 63 votes.

Kuffour spent 11 seasons with Bayern, rising from the youth teams to be a prominent first-squad member who lifted the UEFA Champions League with the club. He was an integral part of the squad that won the 2000–01 Champions League, also scoring the winning goal in the 2001 Intercontinental Cup.

Andre Ayew has been in the spotlight from the word go.

He starred for and captained the under-20 team that won both the 2009 African Youth Championship and the 2009 FIFA U-20 World Cup while representing Ghana.

Despite all his achievements from his time at Marseille, to Swansea, he has never been named the best player in Africa, finishing in 3rd place in 2011 and 2015.

Africa’s highest goal scorer ever at the World Cup, Gyan, has never won the Nations Cup and has never been named the best player in Africa despite his notable best efforts.

In 2011, Gyan joined Al Ain of the UAE Pro-League on loan and became the league’s top goalscorer, scoring 24 times in 27 matches.

In the 2013–14 season, Gyan scored on 44 occasions in 40 matches with Al Ain; all these would not see him win the best player in Africa.

Gyan is the all-time leading goalscorer of the Ghana national team, with 51 goals.

Perhaps the best Egyptian footballer of all time, although Mohammed Salah would not agree.

While Abouterika has won the Nations Cup with Egypt on multiple occasions, luck has never smiled on his when it comes to being named the best footballer in Africa.

His closest shot was in 2008 when he was the best player at the African cup of Nations tournament of that year. Unfortunately, he lost out to Arsenal’s Emmanuel Adebayor for the CAF African footballer of the year award. Aboutrika was named the best African player based in Africa, but the more prestigious award never came his way.

Kanu is a two-time African footballer of the year, and it is quite surprising that he is on this list. That is only because he did not win the African cup of Nations in his career. Kanu was not a member of the 1994 all-conquering Nigerian squad that won the Nations cup while it was a case of agony for Nigeria and Kanu at the 2000 African cup of Nations held in Nigeria & Ghana. Kanu does have numerous trophies in his storied career, winning the Premier League and FA Cup with Arsenal while also winning trophies at Portsmouth and Ajax.

Kanu came to the limelight at the 1996 Olympics, just two years after Nigeria won the Nations cup in 1994, while by the time Nigeria won it again in 2013, Kanu had retired from international football. 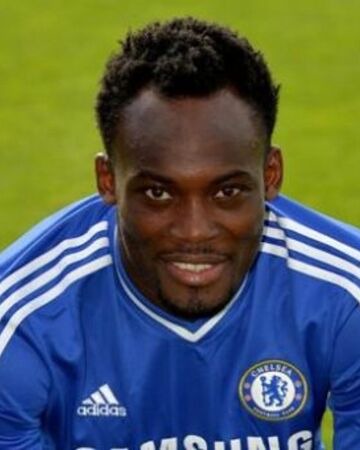 The tenacious defensive midfielder, Essien makes the list having finished in the top three on several occasions.

There are not many defensive midfielders of African origin better than Essien, he won numerous trophies with Chelsea, marshaling Jose Mourinho’s team, and also scoring a numerous number of goals.

When it comes to tricks, dribbles, faints, and skills, there is not one footballer from Africa that can match Austin Jay Jay Okocha.

Even in world football at large, few Footballers can match Okocha skill for skill.

The midfield maestro is perhaps the most popular footballer from Africa, never to be crowned best. Okocha finished as 2nd in 1998; two votes behind Tunisia’s Mustapha Hadji (74 votes for Okocha / 76 votes for the Tunisian). Again he fell short in 2004, finishing third behind the pair of Samuel Eto’o and Didier Drogba, who polled 116 votes and 90 votes respectively as compared to Okocha’s 60 votes.

Okocha played for clubs like Bolton Wanderers, PSG, and Fernabache; he was a dead ball specialist and also known for his passing abilities.

When it’s time to talk about the greatest African footballers of all time, Okocha’s name is never far from the list. Still, his critics point at his inability to win the CAF African footballer of the year award and his lack of trophies at club level.